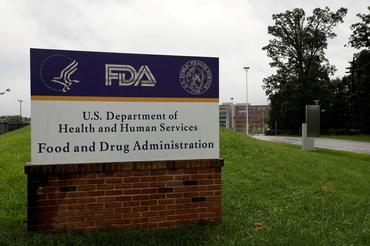 (Reuters) – The U.S. Food and Drug Administration on Wednesday is pushing to cut salt levels by an average of 12% in food ranging from packaged meats to cheese, trying to clamp down on a growing epidemic of preventable health issues that has plagued the country.

The agency wants to cut sodium intake to an average of 3,000 milligrams per day, compared with 3,400 mg over the next two and half years.

But the average intake would still be above the Dietary Guidelines for Americans’ recommended limit of 2,300 mg per day for anyone over 14 years of age.

The decision is likely to affect the consumer packaged foods industry and major players PepsiCo Inc (PEP.O), Kraft Heinz Co (KHC.O) and Campbell Soup (CPB.N). Fast-food chains that Americans love like McDonald’s Corp (MCD.N) will also be on the radar.

Health experts, however, said the regulator needs to take a stronger stance.

“The FDA’s targets represent an important step forward, but lowering sodium intake to 3,000 mg per day is not enough,” the American Heart Association said in a statement.

“We urge the FDA to follow today’s action with additional targets to further lower the amount of sodium in the food supply and help people in America attain an appropriate sodium intake.”

High salt consumption has been linked to high blood pressure, which is a leading cause of heart attacks and strokes.

More than 4 in 10 American adults suffer from high blood pressure and reducing sodium intake has the potential to prevent hundreds of thousands of premature deaths and illnesses in the coming years, according to the agency.

Salt is an ubiquitous ingredient in almost every food. The agency focused on 163 categories of processed, packaged and prepared foods, including different types of cheese, pickles, nuts, sauces, deli meats, crackers and poultry products – all the things Americans like to eat. Even more so during the pandemic.

The FDA said the modest reductions made slowly over the next few years will substantially decrease diet-related diseases and said it plans to issue revised, subsequent targets to further lower the sodium content incrementally.

“We are going to monitor this as we go along … Watch who’s doing well, what food groups are getting there and when,” Janet Woodcock, the acting commissioner of FDA said in a media call.

“Hopefully before we get to the end of the two and a half year period, we will have a good idea of what our plan should be for the next iteration.”

The majority of sodium consumed comes from processed, packaged and prepared foods, and not from table salt added to food when cooking or eating, making it difficult to control the amount of sodium consumed, the FDA said.

The Food Marketing Institute, a trade group representing the food industry, said it supported the FDA’s decision to extend the recommended amount of time for businesses to achieve voluntary sodium targets and that it was reviewing the guidelines and seeking feedback from its members. 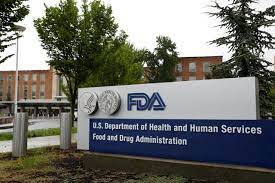 The agency said the public health benefit of limiting salt intake is estimated by researchers to result in tens of thousands fewer cases of heart disease and strokes each year, as well as billions of dollars in healthcare savings over time.

J&J COVID-19 shot gets better boost from Moderna or Pfizer in NIH stud...
Scroll to top