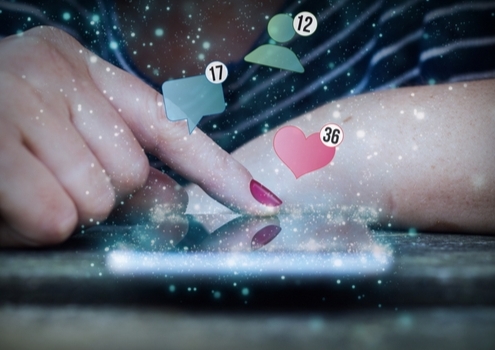 The U.S. Food and Drug Administration (FDA)’s Office of Prescription Drug Promotion (OPDP) is interested in how social media affects the public’s perception of drugs. So the agency is running two studies, one that will focus on Instagram influencers while the other will study print direct-to-consumer (DTC) advertising.

Notoriously, Kim Kardashian West in 2015 received an FDA warning letter after she promoted Diclegis, a so-called morning sickness pill, on her Instagram feed. The letter indicated that she had failed to mention any safety issues associated with the drug.

In part, her Instagram post read: “[My doctor] prescribed me #Diclegis, I felt a lot better and most importantly, it’s been studied and there was no increased risk to the baby. I’m so excited and happy with my results that I’m partnering with Duchesnay USA to raise awareness about treating morning sickness.”

The FDA also issued a letter to Duchesnay, not for the first time, over misbranding Diclegis. In November 2013 the agency sent a letter to the company about promotional activities that did not include all the risk information about the drug.

Kardashian West’s post was removed, but it received 450,000 likes before it was. At the time, Treato, an Internet-based intelligence company reported that the drug received a 500% increase in digital activity that month.

In a notice in the Federal Register, the FDA has proposed studying four types of endorsers—celebrity, physician, patient and influencer—in two different studies. The research will try to determine if the influencers’ payment disclosure influences participant reactions.

As part of the study, the FDA will evaluate two different forms of disclosure language, one “direct and more consumer-friendly” and the other “less direct.”

The FDA, at least for the purposes of the study, defined an “influencer” as “a ‘regular’ person who gained a following on a blog, a Twitter feed or other social media medium.”

The agency expects to recruit 654 people from the general population who report familiarity with the celebrity for a fictitious acne product, although the agency has not divulged that person’s identity.

The people chosen will be randomly assigned to see one of the endorsements and to see the advertisement with or without the payment disclosure, which the agency indicates will be something along the lines of “[Endorser] has been paid to appear in this ad for Drug X.”

The second study will evaluate two endorser types, patient and Internet influencer in addition to “the explicitness of the payment disclosure.” To do so they will use a direct disclosure, such as “Paid Ad”, indirect, such as #sp for “sponsored,” or no disclosure. This will be on Instagram for a fictitious endometriosis product.

Although the FDA is keeping the identity of the influencers secret, Regulatory Affairs Professionals Society notes that model and designer Alexa Chung, Top Chef host Padma Lakshmi and singer Halsey have all mentioned their issues with endometriosis on Instagram and all have more than 500,000 followers.

And although a different type of celebrity, dermatologist Sandra Lee, who goes by Dr. Pimple Popper on Instagram, has 3.7 million followers.

The FDA stated, “In both studies, we are interested in the role of endorsement and payment status on participants’ recall, benefit and risk perceptions and behavioral intentions,” including “attention to disclosure statement and risk/benefit information; retention of risk/benefit information; recognition of piece as promotion and endorser as paid; perceived benefits and risks, attitudes toward the product, endorser and ad; and behavioral intentions such as asking a doctor about the drug.”

Until March 30, the agency is fielding comments on the study. For more details about the study plans, click here.

Clearly this type of issue has been on the agency’s radar for some time. In June 2019, the FDA and the Federal Trade Commission (FTC) went after vaping companies for inappropriately advertising their flavored nicotine formulas via Facebook, Twitter and other social media influencers. They sent warning letters to four companies, Solace Vapor, Hype Zity Vapors, Humble Juice Co. and Artist Liquid Labs.

Facebook doesn’t allow e-cigarette advertisements, even with warnings. The FTC has been leaning on influencers to disclose if they are paid to endorse a product.

In a statement at the time by acting FDA Commissioner Ned Sharpless, he said, “It’s critical we ensure manufacturers, retailers and others are including the required health warning about nicotine’s addictive properties on packages and advertisements—especially on social media platforms popular with kids.”

Interestingly, the FDA letters were not directed at Juul, the Silicon Valley company that is generally credited with triggering the explosion of vaping with its viral marketing, which leverages paid posts and referrals by social media influencers. However, under pressure, Juul shut down its Facebook and Instagram accounts in November 2018. In April 2019, responding to written questions from U.S. senators, Juul indicated it did not use paid social media influencers at that time.

And this is not an issue just in the U.S. On February 10, 2020, Canada’s Competition Bureau issued letters to about 100 brands and advertising agencies warning them about influencer advertising practices and the need to comply with Canadian law. The companies range across industries, including, health, beauty, fashion, technology, and travel.

The Competition Bureau has tended to focus more on fake online reviews, data privacy issues and bait-and-switch pricing, but in 2015, became involved with social media influencers because of Bell Canada’s use of employees posting positive online reviews of the company’s services without revealing they worked there. This eventually resulted in a $1.25 million fine against the company.

The Canadian laws revolve around disclosure, that endorsers must reveal that they are paid or receive commissions for their endorsements, or potentially free products or services, discounts, free trips or tickets to events, or have a family or social connection to the company. These are basically the same as the FDA and FTC’s rules.