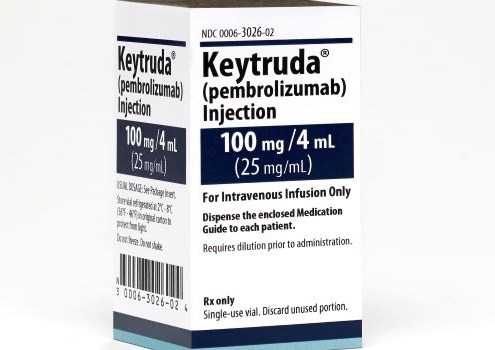 Merck’s checkpoint inhibitor Keytruda (pembrolizumab) is the dominant player in the immuno-oncology space. In the third quarter of 2020 alone, Keytruda had sales of $3.7 billion, an increase of 21% from the same period the previous year.

But the U.S. Food and Drug Administration’s (FDA) Oncologic Drugs Advisory Committee (ODAC) voted against recommending the drug as neoadjuvant treatment for high-risk, early-stage triple-negative breast cancer (TNBC) in combination with chemotherapy after surgery, at least for now.

The FDA adcom indicated that the company’s most recent interim analysis of KEYNOTE-522 had not met the pre-specified threshold for statistical significance and “remained immature with 53% of targeted EFS (event-free survival) events having occurred. As a result, the OS (overall survival) endpoint could not be formally tested and is also immature with 32% of the targeted OS events having occurred.”

All 10 panelists supported the FDA’s evaluation that Merck should wait for more definitive data from KEYNOTE-522. Richard Pazdur, the FDA’s cancer head, made a rare public announcement, admonishing Merck for submitting the drug ahead of the data. 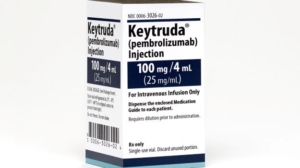 In general, the advisory committee members supported the need for more evidence of survival benefit instead of Merck’s projections. There were high levels of toxicity observed, while Keytruda offered questionable benefit.

It was a bit of an unusual meeting for ODAC. The adcom—as most FDA advisory committees do—typically makes an up or down vote on a drug. In this case, they asked if Merck needed to wait for more mature data. It has caused analysts to wonder why Merck is pressing ahead prematurely on this even though the FDA had been clear they were rushing things.

Deborah Armstrong, one of the committee members, of Johns Hopkins Medicine said, “I hope that this is a positive study, but at this point in time, it’s premature to start treating patients with this therapy.”

Some have questioned whether it has something to do with the retirement of the company’s chief scientific officer Roger Perlmutter and the recent announcement that chief executive officer Ken Frazier was retiring in the next few months.

In response, the company stated, “Merck filed the application in May 2020, well before Dr. Perlmutter’s recent retirement. We submitted this application because of the significant unmet need for this patient population and because we and other experts in the field firmly believe in the strength of the data. We appreciate the perspective of the FDA advisory committee and will continue to work with the FDA to bring forward additional data to address this grievous disease with a high degree of unmet need.”

In the KEYNOTE 522 trial to date, 1,174 untreated, high-risk, early-stage TNBC patients were randomized 2:1 to receive neoadjuvant therapy with carboplatin-paclitaxel chemotherapy plus Keytruda or a placebo, followed by Keytruda or placebo as adjuvant therapy. The co-primary endpoints are pathologic complete response (pCR) rate and EFS.

Data for pCR were unblinded after an interim analysis demonstrated a statistically significant absolute difference of 13.6% in favor of Keytruda. The company is still following up on EFS and OS, but meanwhile, the difference in pCR has dropped to 7.5%.

Philip Hoffman, chair of ODAC and of the University of Chicago, stated, “I think that many, if not most, of us believe that this trial may well turn out to be positive, as time goes on with further analyses and as we see what the effect of the pathologic CR rate does in fact lead to. But I think there certainly is consensus among the committee that hasn’t yet been demonstrated sufficiently to warrant going ahead with full FDA approval right now.”

Who Will Be FDA’s Next Leader?
Scroll to top