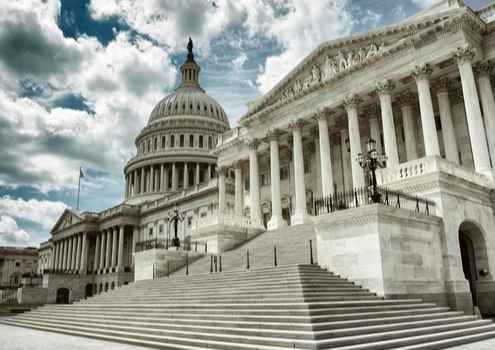 A dramatic increase in COVID-19 testing and tracing is needed in order to put the United States on a surer path through the pandemic. But that diagnostics increase comes with a significant price tag of about $75 billion from the federal government, the Rockefeller Foundation said in its latest report.

“Testing is the only way out of our present disaster, and it will remain the case until a vaccine or effective therapeutics are widely available,” the Foundation said in its latest report.

The Foundation laid out its recommendations in a 55-page report. In the report, the Foundation said there are three key issues that must be addressed. First, the organization recommends a massive scale-up of “fast, cheap screening tests” that can identify asymptomatic patients. Testing like this currently is next to zero, but the group recommends conducting at least 25 million such tests per week. Such tests will allow for schools, health facilities, and essential workers to function safely, the Foundation said.

Secondly, the Rockefeller Foundation said the turnaround for diagnostics should be about 48 hours, as opposed to the five- to 14-day time frame that is currently typical. With the longer turnaround times for results, those who are asymptomatic could spread the virus if they do not maintain proper precautions. Privately-contracted tests are meeting the 48-hour turnaround time, the Foundation said. In order to hit that goal on a national level, the Rockefeller Foundation proposed a public-private collaboration between government, lab companies, and scientists.

In its third point, the Foundation said the testing must be tied to clear communication and robust contact tracing and support for targeted isolation to reduce the contagion of the disease.

Rajiv J. Shah, president of The Rockefeller Foundation, said the ramp-up in testing should be free and accessible to all who need them, particularly to benefit low-income and minority people who are most at-risk of infection.

“Not only do we need to bend the curve of this epidemic; we need to provide America’s essential workers and children with a way to go about their work and lives more safely, so that critical institutions can survive and function during this period of time,” Shah said in a statement.

Shah said the massive increase in testing will help prevent a second national lockdown due to the rising number of COVID-19 cases in some parts of the country following a re-opening of the economy. An increase in diagnostics will also be necessary as we head into the next flu season. Millions of flu tests conducted alongside COVID-19 tests could overwhelm the diagnostics capabilities, Shah noted.