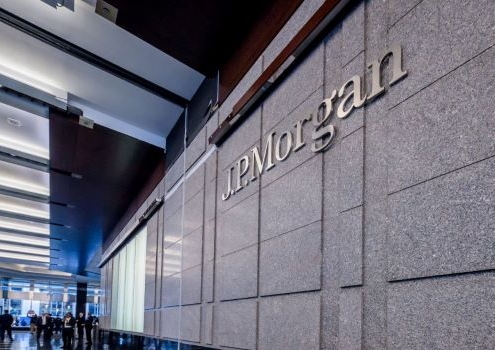 As the 2021 virtual J.P. Morgan Healthcare Conference wrapped up, there was still news from companies regarding their deals, pipeline and regulatory updates. Here’s a look.

ImmunoGen – ImmunoGen provided an overview of its programs, with a particular focus on submitting its Biologics License Application (BLA) to the U.S. Food and Drug Administration (FDA) before the end of this year for mirvetuximab soravtansine, with hopes of it being approved in early 2022. It is being studied in platinum-resistant ovarian cancer patients with high levels of folate receptor alpha. The submission will be based on data from the Phase III SORAYA clinical trial.

The company is also conducting enrollment in the Phase III MIRASOL trial of the drug in the same folate receptor alpha-high ovarian cancer patient group, but with a different endpoint. They are comparing the drug’s effectiveness in extending progression-free survival compared to a variety of chemotherapy regimens. Data is expected in the second half of 2022. ImmunoGen has also run combination trials of the drug with even better response rates than seen in earlier studies alone, which showed a 31% overall response rate and a duration of response of almost eight months.

IDEAYA Biosciences – The company is preparing to study its MAT2A inhibitor IDDE397 in solid tumors with MTAP gene deletion. It submitted its Investigational New Drug (IND) application on Monday, so the company is making preparations for approval and launch of the trial. IDE397, the company thinks, may potentially be a best-in-class drug for treating solid tumors with MTAP deletions with potential advantages over competing products, such as greater solubility and fewer liver effects. 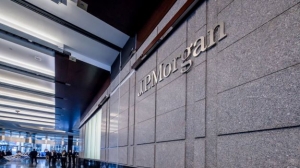 Ideaya also hopes to develop IDE397 in combination with GlaxoSmithKline’s PRMT inhibitor GSK3368715 and other drugs. The company has an ongoing collaboration with GSK developing drugs that interrogate synthetic lethality. For example, the Pol Theta program includes GSK’s Zejula (niraparib), a PARP inhibitor, in recombination-deficient solid tumors. Ideaya plans to announce its own development candidate for the Pol Theta program this year and also its candidate for the Wener Helicase-targeting program in gastrointestinal cancers with high levels of microsatellite instability.

Jounce Therapeutics – Jounce reported that it has begun enrolling patients in its Phase I INNATE trial of JTX-8064 in advanced solid tumors. JTX-8064 is an ILT4 inhibitor and it is being evaluated alone and in combination with Merck’s checkpoint inhibitor Keytruda (pembrolizumab) or with Jounce’s own investigational PD-1 checkpoint inhibitor, JTX-4014.

“We are pleased to announce we have dosed the first patient in our INNATE Phase I study which is designed to progress quickly through dose escalation and demonstrate proof of concept in tumor specific expansion cohorts,” said Beth Trehu, Jounce’s chief medical officer.

Asked about the difference between JTX-8064 and an investigational ILT4 inhibitor being developed by Merck, MK-4830, the company’s chief financial officer Kim Drapkin noted they are likely very similar, but that Jounce will attempt to differentiate their own product with the help of predictive biomarkers and to study indications Merck is not as likely to investigate, because Merck will probably prioritize strategies using Keytruda where Keytruda is already approved.

Puma Biotechnology – Puma provided plans for its continued evaluate of Nerlynx (neratinib), its tyrosine kinase inhibitor in biomarker-defined cancers this year. It hopes to seek accelerated approval for the drug in lung cancer. The drug is currently indicated in the U.S. as an extended adjuvant for early-stage HER2-overexpressing breast cancer after adjuvant treatment containing Genentech’s Herceptin, as well as in combination with capecitabine for advanced or metastatic HER2-overexpression breast cancer after at least two previous anti-HER2-based treatments.

The company also presented data on the ongoing SUMMIT trial of neratinib at the virtual 2021 Gastrointestinal Cancer Symposium hosted by the American Society of Clinical Oncology (ASCO GI) that is also currently taking place. Data from the Phase II SUMMIT “basket trial” included a cohort of neratinib given daily to patients with HER2 (ERBB2) mutation-positive advanced biliary cancer. In the cohort of 25 patients, 11 had cholangiocarcinoma, 10 had cancer of the gallbladder, and four had cancer of the ampulla of Vater. The efficacy data from the trial showed there were four patients with confirmed partial responses and an additional three who had stable disease lasting 16 weeks or more.