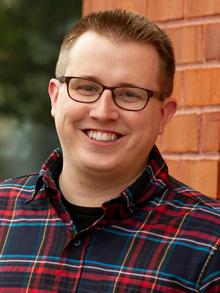 SARATOGA SPRINGS, N.Y. – Fingerpaint, a full-service marketing agency with offices in New York, Pennsylvania, Arizona, and New Jersey, has added Joseph Cymerman to its digital strategy team. Cymerman will be based in the agency’s Saratoga Springs, N.Y., office.

Cymerman joins Fingerpaint from Trans World Entertainment Corporation, where he was an email marketing coordinator. In this role, he worked directly with marketing management on email campaigns and promotions for FYE.com and locations across the country. Cymerman knows how to drive traffic for his clients while maintaining analytical foresight of strategy and performance.

Cymerman earned his bachelor’s degree from Rochester Institute of Technology.

“We look forward to seeing how Joe will grow on the digital strategy team,” said Bill McEllen, who leads Fingerpaint’s Saratoga Springs office. “He is a bright talent who will surely shine here at Fingerpaint.”

Reset your expectations of a marketing agency. Independent by design, with integrated talent across Saratoga Springs, New York; Conshohocken, Pennsylvania; Phoenix, Arizona; and Cedar Knolls, New Jersey, Fingerpaint is committed to creating and executing meaningful brand experiences that are never paint by number.