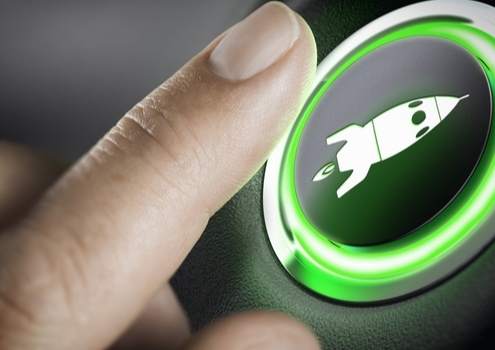 Randolf Kerschbaumer is the co-founder and chief executive officer of OncoOne. Kerschbaumer was formerly the head of oncology research at Shire, along with two co-founders, Michael Thiele and Alexander Schinagl. Baxalta spun off from Baxter International on July 1, 2015. Shortly afterward, Dublin-based Shire made a bid for the company but was rebuffed repeatedly. Finally, on January 11, 2016, Baxalta agreed to the acquisition for a deal valued at about $32 billion. Thiele is chief scientific officer. Schinagl is chief technology officer.

The company will use the funds to develop drugs that target an oxidized form of an immune protein called macrophage migration inhibitory factor (oxMIF), which is only seen in diseased tissue. The initial focus will be on colorectal, pancreatic, lung and ovarian cancer.

“OncoOne sets itself apart from the otherwise crowded oncology space by being the only biotech to investigate the unrecognized target, oxMIF,” Kerschbaumer told LabioTech. “Its apparent exclusive presence in afflicted tissue and high tumor specificity separate oxMIF from other targets typically used to battle cancer.”

A compound, imalumab, which at Baxter was BAX69, traveled with the companies, but in 2017 Shire shuttered its Phase IIa trial in colorectal cancer “based on overall benefit-risk assessment.”

OncoOne currently has three drug candidates for four indications (colorectal, pancreatic, ovarian and lung cancers). The company indicates these are based in part on clinical data on BAX69. The company hopes the current funding will provide enough research and supporting data to take at least one of the three compounds into the clinic.

OncoOne is taking another crack at the compound based on the target’s presence in several solid tumor types.

“As a target, oxMIF provides a very unique opportunity because in contrast to many other targets currently investigated in cancer therapy, it is generated by a post-translational mechanism and is characterized by a remarkable tumor specificity,” Kerschbaumer said. “OxMIF can be harnessed to attack specific types of tumors through different drug modalities. Our Company name represents our united ambition to use our combined drug development expertise to access the varied potential of oxMIF and the initial funding will enable us to explore this potential to provide innovative treatments for cancer indications with poor prognosis.”

The unoxidized form of the target, MIF, is present in healthy and unhealthy tissue. This makes oxMIF, only present in unhealthy tissue, an intriguing target. A 2016 study published in Oncotarget by some of the OncoOne team showed that antibodies against oxMIF made cancer cells more susceptible to chemotherapy drugs like cisplatin, at least in the laboratory. Also, a 2015 study published in The Journal of Immunology demonstrated that by blocking oxMIF, it might be possible to treat inflammatory diseases like psoriasis and inflammatory bowel disease.

OncoOne’s strategy is to develop first-in-class oncology drugs with the oxMIF target and license them to big pharma companies.