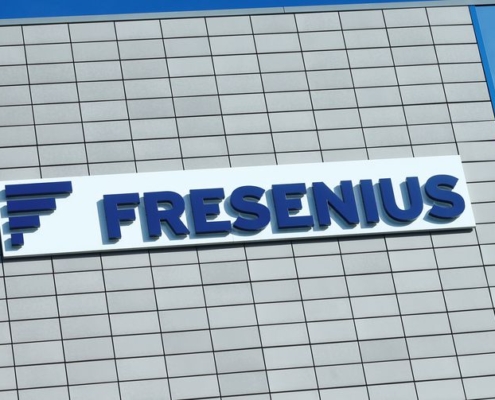 The German healthcare group said on Thursday it would acquire a 55% stake in mAbxience, a maker of affordable biosimilar versions of cancer drugs MabThera and Avastin, for 495 million euros ($553 million), plus milestone payments contingent on commercial and development targets.

Fresenius will also have an option to buy the remaining shares in mAbxience under certain terms.

In its statement, Fresenius said Kabi had also agreed to acquire Ivenix Inc, a maker of infusion therapies, for $240 million upfront, plus milestone payments.

Privately-held Ivenix, based in Massachusetts, developed an infusion system and software that received U.S. Food and Drug Administration (FDA) approval last year, which Kabi will combine with its offering of intravenous fluids and infusion devices. Fresenius has identified Kabi as a core growth business. It has not ruled out a sale of its kidney dialysis division FMC (FMEG.DE) and left the door open for initial public offerings for healthcare project development unit Vamed and its hospitals chain Helios.