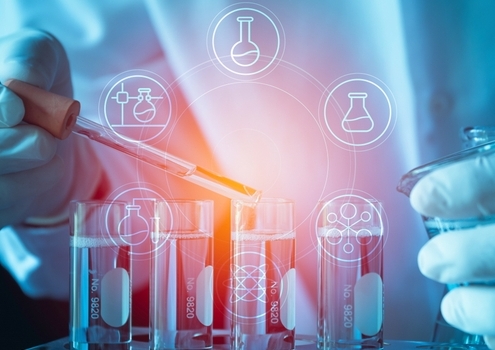 FujiFilm’s favipiravir has only been approved in Japan for the treatment of new strains of influenza. The drug has been involved in clinical trials in China for the treatment of coronavirus and the results have been promising. Zhang Xinmin, an official at China’s science and technology ministry, told reporters that the drug “has a high degree of safety and is clearly effective in treatment,” according to The Guardian. Zhang said the medicine worked for coronavirus-related symptoms including pneumonia and had no obvious side effects.

Trial results showed that patients who received the influenza treatment tested negative for the novel coronavirus after four days. That was compared with a median of 11 days for those who were not treated with the drug. Following treatment, X-rays showed improvements in lung condition for about 91% of the favipiravir-treated patients, compared to 62% or those without the drug, the report showed. The drug tests were conducted in the Chinese cities of Wuhan and Shenzhen and involved 240 patients and 80 patients respectively, NHK World Japan reported.

Favipiravir has also been used as an emergency aid to counter the Ebola virus outbreak in Guinea, The Guardian noted. A Chinese firm that has licensed the drug from its Japanese developers got government approval last month to mass-produce the medication, NHK World Japan reported.

FujiFilm itself has not commented on the reports from China, The Guardian noted. The report also showed that while Chinese clinical researchers are seeing some success with the drug known by the brand name Avigan in Japan, physicians in Japan have not been as lucky. The Guardian reported that Japanese doctors have been using the same drug in clinical studies on coronavirus patients with mild to moderate symptoms. Reports from the Japanese health ministry though are suggesting the drug is not as effective in patients with more severe symptoms of the disease.

“We’ve given Avigan to 70 to 80 people, but it doesn’t seem to work that well when the virus has already multiplied,” the health ministry source told the Japanese news outlet Mainichi Shimbun, according to The Guardian.

The limitations with Avigan in the more seriously ill patients are the same limitations that have been identified in studies involving coronavirus patients using a combination of the HIV antiretrovirals lopinavir and ritonavir, the source told the Japanese news outlet.

COVID-19 forcing you to go digital? You’re missing a trick
Scroll to top