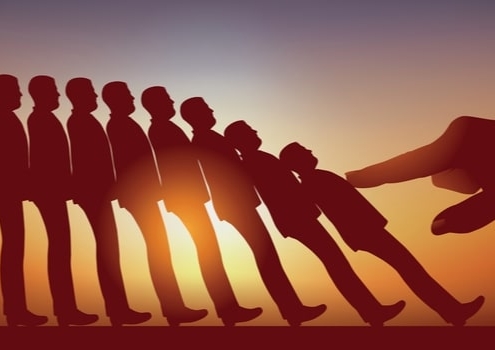 Genentech is eliminating 474 employees, mostly based out of its South San Francisco facilities. The job cuts are expected to be permanent.

Bay Area-based Genentech, a subsidiary of pharma giant Roche, announced the layoffs in a filing with the California Employment Development Department. The job cuts were first reported by the San Francisco Chronicle. In its report, the Chronicle cited a company spokesperson who said the job cuts affect “a subset of employees in South San Francisco and the field-based sales force.”

While most of the positions are formally tied to the company’s South San Francisco headquarters, Genentech spokesperson Heather Gloe told the Chronicle that the majority of the eliminated positions are not physically in the Bay Area office. The majority of the employees who will lose their jobs are clinical workers. Senior clinical specialists are the biggest target of layoffs, with 116 jobs set to end, alongside 77 clinical specialists, the Chronicle reported. A few sales positions are also impacted by the round of layoffs.

According to the Worker Adjustment and Retraining Notification filing with the state of California, Genentech said the last day of employment for the majority of impacted workers will be Sept. 18. However, some will see their jobs come to a close in August, while some will remain with the company until October.

“The success of our business depends on our ability to continually evaluate, evolve and manage our operations in the best interests of the customers and patients we serve,” Genentech told the Chronicle. “We recently launched a new customer-engagement approach that will transform the way we serve patients, physicians, providers, payors and pharmacies across the country. We are transitioning from a national strategy and organizational model to one focused around local health care ecosystems.”

Genentech told the Chronicle that the layoffs are not related to the COVID-19 pandemic, nor are they related to any of the novel coronavirus studies the company has undertaken to combat the global disease. And, that includes, according to the spokesperson, Genentech’s study of its rheumatoid arthritis drug Actemra, an interleukin-6 inhibitor that has been under investigation as a potential treatment for severely-ill COVID-19 patients. On Wednesday, Genentech announced that Actemra failed to meet both primary and secondary endpoints in a Phase III study involving hospitalized patients with severe COVID-19 associated pneumonia. The drug also failed to hit a key secondary endpoint of reduced patient mortality.

The Phase III COVACTA study, launched in March, marked the first global study of Actemra (tocilizumab) plus standard-of-care in this setting. COVACTA, which was conducted in collaboration with the Biomedical Advanced Research and Development Authority (BARDA) did not meet its primary endpoint of improved clinical status in hospitalized adult patients with severe COVID-19 associated pneumonia.

Despite the failure of the Phase III study, Genentech said it remains committed to continuing the Actemra clinical trial program in COVID-19 to further explore Actemra in other treatment settings, including in combination with an antiviral.