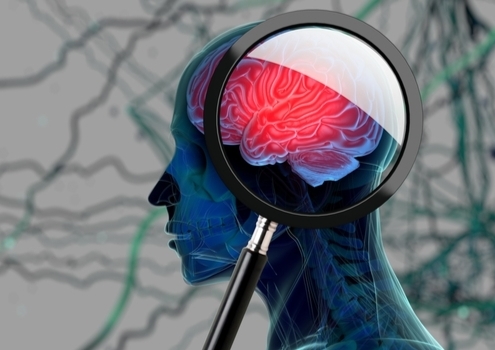 Alzheimer’s disease continues to be a tough nut to crack. A specially designed clinical trial that was the first disease prevention trial to study Alzheimer’s disease drugs with different mechanisms of action from two different pharmaceutical companies failed to hit the primary endpoint.

DIAN-TU-001 is a Phase II/III trial that tested two therapies compared to placebo, Genentech and Roche’s gantenerumab and Eli Lilly and Company’s solanezumab.

The overall trial was founded in 2010 and funded by Eli Lilly and Company, Roche and Genentech, the National Institutes of Health, and other donors.

First, Genentech, a Roche company, announced that the gantenerumab arm of the Phase II/III DIAN-TU-001 trial did not meet the primary endpoint in an early-onset, inherited form of Alzheimer’s. This form of Alzheimer’s is known as autosomal dominant AD (ADAD) and makes up less than 1% of cases.

The trial was sponsored by Washington University School of Medicine in St. Louis. Gantenerumab is an antibody that binds to aggregated forms of beta-amyloid and removes beta-amyloid plaques.

The primary outcome measure for the study was the DIAN Multivariate Cognitive Endpoint, which is designed to assess cognitive performance in ADAD patients. The trial evaluated 194 patients for up to seven years, with the average around five years. All the patients in the trial carried a genetic mutation that causes inherited AD. It included patients who didn’t yet have symptoms at the time of enrollment as well as people who had mild symptoms.

“We are very grateful to all those involved in this study and hope the data can further contribute to the science and collective understanding of this complex disease,” said Levi Garraway, chief medical officer and head of Global Product Development for Genentech. “Although DIAN-TU didn’t reach its primary endpoint, the trial represents the first of its kind and a bold undertaking by all partners involved. Given its experimental nature, we are unable to draw firm conclusions about the impact of gantenerumab in autosomal dominant Alzheimer’s disease. This outcome does not reduce our confidence in the ongoing Phase III GRADUATE clinical program.”

Eli Lilly and Company’s solanezumab also failed to meet the primary endpoint. Solanezumab is also an antibody against amyloid.

“Our first attempt to slow Alzheimer’s before symptoms manifest is the result of the heroic commitment of patients and families at risk for dominantly inherited Alzheimer’s, leading global academic researchers, the NIH, the Alzheimer’s Association, philanthropic supporters, the DIAN-TU Pharma Consortium, government and regulatory colleagues, and pharmaceutical companies whose drugs are being tested,” said Randall J. Bateman, the Charles F. and Joanne Knight Distinguished Professor of Neurology, director of DIAN-TU, and study’s principal investigator. “It wouldn’t have been possible without all stakeholders coming together for the cause to stop Alzheimer’s disease.”

Although solanezumab failed an Alzheimer’s trial in 2016, it is still being evaluated in the A4 Study in older people who have evidence of amyloid in their brains, but do not show symptoms of memory problems.