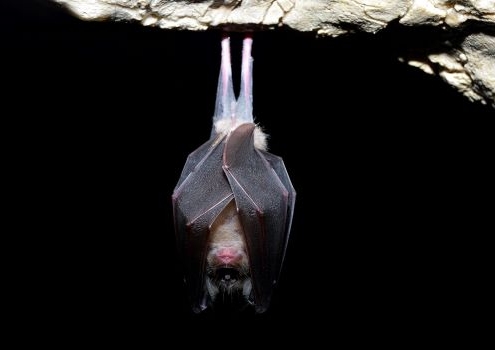 Genetically Modifying Bats Could Prevent the Next Pandemic, Scientists Say

The next COVID pandemic could be prevented by using a gene drive to preemptively edit the genome of bats to prevent them from becoming hosts for coronaviruses, according to a proposal by scientists from Israel’s Interdisciplinary Center (IDC) Herzelia and the National Institutes of Health (NIH).

Meanwhile, a team of researchers from Imperial College London is devising a way to prevent gene drives from spreading and conferring heritable, anti-competitive traits to entire populations. The two projects may be in conflict with one another, or the London project may provide a degree of safety that could manage unintended consequences.

The IDC/NIH plan, Preventing COVID-59, was published recently on GitHub by Uaniv Erlich of the (IDC) and Daniel Douek of the Vaccine Research Center, National Institute of Allergies and Infectious Diseases at the NIH in the U.S. Its premise is that the SARS-CoV-2 virus – the third such virus to infect humans in the past 20 years – is part of a growing pattern of betacoronaviruses infecting human populations.

To prevent future infections, Erlich and Douek suggested introducing anti-betacoronavirus shRNAs into the horseshoe bat population. Because that population is considered a natural reservoir of these viruses, they posited that genetically modifying bats could stop future coronavirus-related infections at their source.

“Importantly,” they said, “our approach is not expected to create any harm to bats, and can benefit other animals in the ecosystem that contract betacoronaviruses from bats.”

Erlich and Douek proposed the use of gene drives similar to those used to control the mosquito population in areas with high risk of malaria or dengue fever. As they outlined, the bats would be genetically modified to destroy the virus if they become infected, and to pass the modification along to their offspring. Population-level control would be reached over time by releasing the modified bats into areas where interaction with humans is high.

Specifically, the gene drive is designed to prevent betacoronavirus spillover from bats based on the use of short hairpin RNA (shRNA), which can target RNA viruses for destruction.

The researchers proposed targeting conserved regions across the betacoronavirus with a modified allele and cassettes of Cas9, gRNA and two homologous segments to create a homing endonuclease that replaces the wildtype allele in the homologous chromosome that includes the targeted genetic element. If the bat becomes infected, this modified complex engages with the RNA genome of the virus and destroys it.

As Erlich and Douek elaborated, “shRNAs are processed by a series of RNA interference (RNAi) enzymes and eventually a short (10-22 nucleotide) segment from the original shRNA – called the guide strand – is loaded into the Ago2 enzyme. This enzyme scans long RNA molecules and if there is reverse complementation, it cuts the long RNA strand, which usually results in its destruction.”

The location of the guide strand within the viral genome seems unimportant, thus making it possible to target many conserved regions of betacoronaviruses. Potency can be enhanced and viral escape can be prevented, they said, by using a cocktail of RNAi molecules.

This technique is based on CRISPR/Cas9 gene editing technology. Basically, the modified allele, along with Cas9 and gRNA cassettes, are delivered to the area of interest, where the cassettes cause a double-stranded break in the homologous chromosome. Then the homologous recombination system uses the modified area as a template to repair the break, thus copying the allele to the other chromosome, they explained.

This approach is seen as a more robust alternative to earlier gene drives that succeeded in introducing specific alleles in more than 50% of the offspring. That’s better than traditional genetics, in which only half the offspring inherit the alleles, but still isn’t great. Another, potentially even less desirable, approach is to reduce the bat population, possibly triggering unwanted environmental repercussions.

Bats were targeted because of they are a reservoir of coronaviruses. As Erlich and Douek wrote in their proposal, although the lab escape theory “cannot be fully written off…a spillover from bats, perhaps through an intermediary species, is nevertheless the most acceptable explanation and is the working hypothesis.” 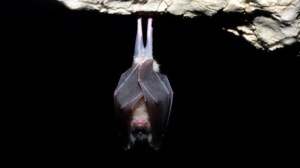 They predicted, therefore, that repeated outbreaks of coronavirus infections are likely in the foreseeable future, and that human exposure to bats will increase because of population growth and rapid urbanization that places humans ever nearer to bat habitats.

Perhaps more to the point, they suggested that – as with SARS-CoV-2 – humans may not be immune to future infections. “Even a small mutation on the spike protein can reduce the effectiveness of infection- or vaccine-induced antibodies,” they pointed out, adding that antibodies that target the spike do not necessarily neutralize it.

In other research, the use of shRNA has successfully prevented the transmission of avian flu and swine flu in chickens, and foot and mouth disease in pigs. The studies involving chickens showed no disease transmission, and those involving pigs showed substantial reductions in infections. Notably, the modified genes were inherited by the next generation of pigs. As of yet, however, there is no transgenic animal engineered using shRNA to combat betacoronavirus.

Erlich and Douek are confident this approach is both feasible and ethical, because it doesn’t collapse the bat population and because it doesn’t alter endogenous genes in the bats. They expect the genetic modification to have a neutral effect on the bat, acting only in the case of betacoronavirus infection. Nonetheless, they plan to monitor the bats to ensure that eradicating betacoronavirus doesn’t enable the propagation of an even more dangerous virus.

If this proposal is taken up by the scientific community, the researchers advise oversight by government regulators, infectious disease experts, virologists, zoologists, ethicists and local community members. The work would progress from the lab, to localized field experiments and to broader field experiments before becoming a full-fledged effort.

Researchers from Imperial College London admit CRISPR-based gene drives can be valuable in reducing the burden of disease, but they also express concerns about the wisdom of conferring heritable traits. Writing in Nature, they said that technologies to halt the spread of gene drives, therefore, could be “highly valuable in controlling, counteracting, and even reverting their effects on individual organisms as well as entire populations.”

This group developed a way, in mosquitos, to inactivate CRISPR-based gene drives and to restore their inheritance to Mendelian rates. Basically, they expressed a Cas9-inhibiting protein in a way that coincided with the gene drive activity, essentially nullifying it.

Optimistically, these two projects – one to insert gene drives and the other to prevent their heritability – suggest that for every problem there is a solution. Less optimistically, to quote from Portal, a popular science-gone-awry puzzle game, “We do what we must, because we can.” Either way, in terms of the next pandemic, the clock is ticking.