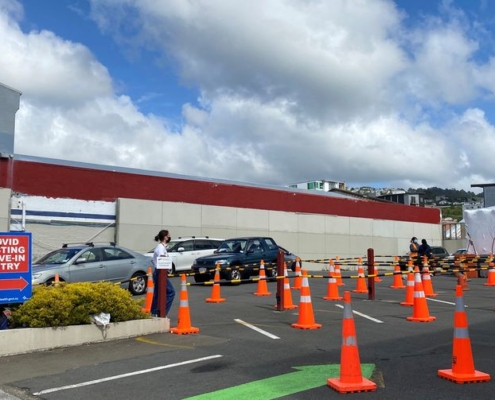 Two vaccine targets on virus may be better than one

An experimental vaccine developed by GeoVax Labs Inc (GOVX.O) succeeded in promoting development of antibodies that target two different sites on the virus in a small pilot study and has been advanced to mid-stage clinical trials, researchers reported.

Like currently available COVID-19 vaccines, GeoVax’s GEO-CM04S1 induces immune responses that target the spike protein on the surface of the virus. But it also targets the “nucleocapsid,” or body, of the virus. In the study reported on Wednesday in The Lancet Microbe, 56 volunteers received the vaccine, which uses a modified version of a harmless virus to deliver instructions to the immune system. Overall, 94% developed antibodies against the spike and the nucleocapsid protein, according to the research team from City of Hope National Medical Center in Duarte, California. Other components of the immune system also responded well, including T cells, which protect against severe infection.

Two mid-stage trials of the vaccine are now underway. One is testing its safety and effectiveness in immunosuppressed patients with blood cancer. The other is testing it as a booster in healthy adults who previously received vaccines from Moderna (MRNA.O), Pfizer (PFE.N)/BioNTech or Johnson & Johnson (JNJ.N). The studies will look at the level of antibodies that can neutralize the Omicron variant, the researchers said.

In separate experiments, Chinese researchers tested an inhalable antibody drug that also targets two sites on the virus. In mice infected with the coronavirus, the treatment appeared very effective, they reported on Wednesday in the journal Cell. 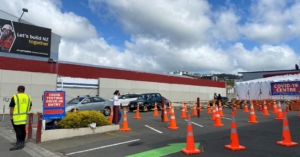 COVID-19 patients who receive one of the few antibody treatments that works against the Omicron variant must be carefully monitored because after the drug is infused, the virus may mutate and become resistant to it, researchers warned after seeing such cases with Delta variant patients.

They studied 100 patients infected with the Delta variant who were treated with an intravenous dose of sotrovimab from GlaxoSmithKline (GSK.L) and Vir Biotechnology (VIR.O). Eight of the patients continued to shed infectious virus for longer than doctors expected, and tests showed that four of the eight had virus particles with mutations that are known to reduce the drug’s effectiveness. The mutations had developed within six to 13 days after the patients started receiving the drug, the research team reported in The New England Journal of Medicine on Wednesday. The same mutations were seen in four of 45 participants in an earlier clinical trial of the drug, said Rebecca Rockett of the University of Sydney, Australia, the report’s lead author.

Genetic studies are warranted when patients do not recover as expected after sotrovimab treatment, she said. “It’s important to bear in mind that these treatment-resistance mutations are uncommon,” Rockett added. “However, our study highlights the need for better surveillance and further research to ensure that novel antiviral treatments remain effective and if resistance develops, it is not transmitted into the community.”

The true death toll from the coronavirus pandemic may be more than three times higher than official records suggest, researchers said.

Instead of the official estimate of 5.9 million COVID-related deaths, a more realistic estimate is 18.2 million, according to a report in The Lancet on Thursday. Researchers compared data from 74 countries and territories collected from January 2020 through December 2021 with data collected during the previous 11 years. On average, among every 100,000 people worldwide, there were 120 deaths that would not have been expected had the pandemic not occurred, they estimated. The highest estimated excess death rates were in Andean Latin America (512 deaths per 100,000), Eastern Europe (345 deaths per 100,000), Central Europe (316 deaths per 100,000), Southern sub-Saharan Africa (309 deaths per 100,000), and Central Latin America (274 deaths per 100,000). The United States and the UK had an estimated 179 and 127 excess deaths per 100,000, respectively. Some countries, including Iceland, Singapore and Australia, appeared to have had fewer deaths than expected. The highest numbers of estimated pandemic-related deaths were in India (4.1 million), the United States and Russia (1.1 million each), Mexico (798,000), Brazil (792,000), Indonesia (736,000), and Pakistan (664,000).

“Further research will help to reveal how many deaths were caused directly by COVID-19, and how many occurred as an indirect result of the pandemic,” study leader Haidong Wang of the University of Washington in Seattle said in a statement.