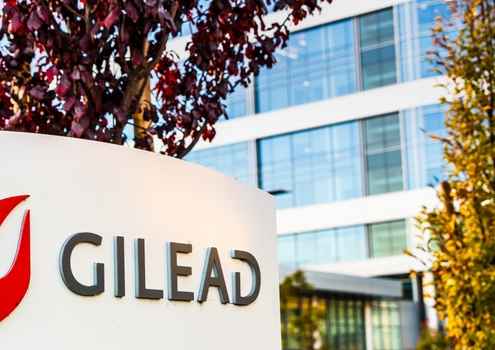 A little more than one year after Gilead Sciences and Galapagos NV announced intentions to seek regulatory approval for Jyseleca (filgotinib) as a treatment for rheumatoid arthritis, the companies have pulled the plug on that goal, as well as others following a Complete Response Letter (CRL) issued in August.

The U.S. Food and Drug Administration rejected the New Drug Application for Jyseleca over safety concerns. In its CRL, the FDA raised concerns over whether or not filgotinib had an impact on sperm parameters in male patients. The regulatory agency also raised concerns over the overall benefit/risk profile of the drug’s 200 mg dose.

Late Tuesday, the two companies said their decision was made after a conversation with U.S. regulators during a Type A meeting. Gilead and Galapagos said they continue to believe in the clinical profile of the 200 mg dose of Jyseleca as a potential RA treatment, but scrapped the program because that dose will unlikely ever be approved in the U.S. without conducting additional substantial clinical studies.

Jyselca, an oral selective JAK1 inhibitor, has been the cornerstone product for the collaboration between Gilead Sciences and Galapagos.  Last year, the two companies struck a 10-year development collaboration valued at more than $5 billion, and have been looking to filgotinib as a potential rival to other JAK inhibitors that currently hold a strong share of the market in several indications, including Pfizer’s Xeljanz, Eli Lilly’s Olumiant and AbbVie’s Rinvoq.

Not only did that CRL impact the potential of filgotinib as a treatment for RA, but it also forced the companies to pause development of the asset for other indications, including psoriatic arthritis, ankylosing spondylitis and non-infectious uveitis. As a result of those pauses in development, Gilead and Galapagos said it’s no longer feasible to continue the global development programs in these other indications. The trials that had been on pause will now come to a stop, Gilead said. Gilead and Galapagos will continue to investigate the potential for filgotinib to support patients living with Inflammatory Bowel Disease (IBD). Gilead will retain operational responsibility for the current trials in Crohn’s disease while Galapagos will assume operational responsibility for ongoing trials in UC. Under terms of the agreement, Gilead will pay Galapagos €160 million. 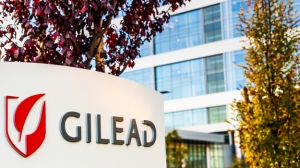 Gilead Sciences Chief Executive Officer Daniel O’Day said he still believes the clinical profile of Jyseleca could help many patients living with RA. However, he said there is no longer a viable path in the United States for approval in this indication.

“In this new context, Gilead and Galapagos believe it makes sense for Galapagos to drive commercialization in Europe. We are confident that through our strategic alliance with Galapagos, we will deliver many important new therapies for inflammatory diseases in the future,” O’Day said in a statement.

As a result of the decision, Gilead and Galapagos have reassessed their developmental partnership. Under a new arrangement, Galapagos will assume sole responsibility in Europe for Jyselca in RA, where 200 mg and 100 mg doses are approved for the treatment of moderate to severe RA, and in all future indications. The majority of activities supporting Jyselca in Europe are expected to be assumed by Galapagos by the end of 2021, the companies said. Gilead will retain commercial rights and remain marketing authorization holder for Jyselca outside of Europe, including in Japan where the drug has recently been approved, and is co-marketed with Eisai.

Onno van de Stolpe, CEO of Belgium-based Galapagos, said Jyselca is making a difference in the lives of RA patients in Europe.

“While we are very disappointed by the outcome of the FDA meeting, we are excited that we can now accelerate the plan for Galapagos to lead on commercial activities in Europe in our ongoing collaboration with Gilead, and fully leverage the commercial organization Galapagos has built for the Jyseleca launch. This is an important new chapter in Galapagos’ ongoing journey to be a leading European biotech company in inflammation and fibrosis,” he said.