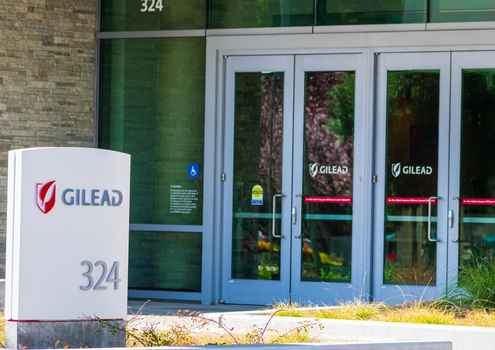 The U.S. Food and Drug Administration (FDA) placed a partial clinical hold on studies conducted by Gilead Sciences assessing the combination of magrolimab plus azacitidine due to concerns of unexpected serious adverse events between study arms.

In its announcement this morning, California-based Gilead Sciences noted “an apparent imbalance” in investigator-reported suspected unexpected serious adverse reactions (SUSARs). The company said there has been no clear trend in the report of adverse reactions, nor the identification of new safety signals at this time. Despite that lack of a clear trial, Gilead said the partial hold has been placed on all ongoing magrolimab and azacitidine combination studies worldwide in the best interests of patients until additional data can be gathered and analyzed.

Magrolimab is a potential, first-in-class investigational monoclonal antibody against CD47 and a macrophage checkpoint inhibitor. It is designed to interfere with the recognition of CD47 by the SIRPα receptor on macrophages, to block the “don’t eat me” signal used by cancer cells. Gilead Sciences gained magrolimab in its 2020 $4.9 billion acquisition of Forty Seven Inc.

Azacitidine is a chemotherapy marketed under the brand names Vidaza and Onureg, which are manufactured by Bristol Myers Squibb.

Gilead assesses the combination in multiple trials, including three Phase III studies in myelodysplastic syndrome (MDS) and two in acute myeloid leukemia. The combination is also being evaluated in a Phase II trial in myeloid malignancies and a Phase 1b study in MDS. 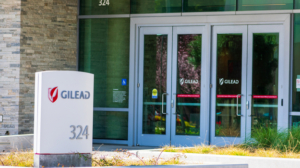 The company noted some ongoing studies not affected by the hold, including six mid-stage studies in various forms of cancer, such as diffuse large B-cell lymphoma, triple-negative breast cancer and head and neck squamous cell carcinoma.

Gilead Chief Medical Officer Merdad Parsey, M.D., Ph.D., said the safety and well-being of patients is the company’s top priority. Once pertinent information about the SUSARs has been identified, Parsey said the company would make its information public.

“Considering the high unmet need for new medicines in myelodysplastic syndrome and acute myeloid leukemia, we will work closely with regulatory authorities worldwide to continue the magrolimab development program appropriately,” Parsey said in a statement. “We remain confident in the potential of magrolimab across a broad range of tumors, including the other, ongoing magrolimab studies. We are grateful to those participating in our studies, their families, and the investigators for their continued contributions to the clinical program for magrolimab.”

During the partial clinical hold, Gilead said it will pause the screening and enrollment of new study participants. Patients who have already been enrolled in the trials can continue receiving either the treatment combination or placebo. Patients will be closely monitored.