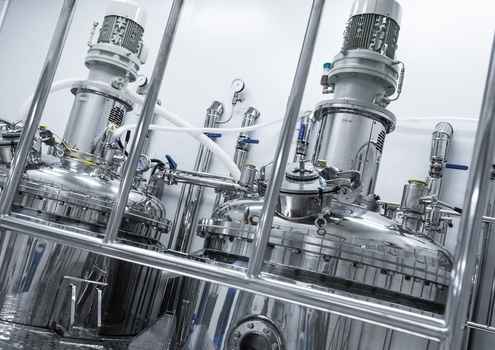 Currently, Gilead Sciences has the only drug shown to be effective against COVID-19, antiviral drug Veklury (remdesivir). The company has now entered into licensing agreements with five generic drugmakers to make the drug available in 127 countries. They are Mylan, Cipla, Ferozsons Laboratories, Hetero Labs and Jubilant Lifesciences.

Gilead stated that the five companies will manufacture the drug for distribution in “low-income and lower-middle-income countries, as well as several upper-middle- and high-income countries.” The agreements are “royalty-free” until the World Health Organization (WHO) indicates the COVID-19 pandemic has ended or “until a pharmaceutical product other than remdesivir or a vaccine is approved to treat or prevent COVID-19, whichever is earlier.”

On April 30, the U.S. National Institute of Allergy and Infectious Diseases (NIAID) reported that its clinical trial of Gilead Sciences’ remdesivir in 1,063 COVID-19 patients met its primary endpoint. Patients receiving the drug recovered faster than similar patients who received placebo. The trial was known as the Adaptive COVID-19 Treatment Trial (ACTT). A day later the FDA granted the drug emergency use authorization.

“Although a 31% improvement doesn’t seem like a knockout 100%, it is a very important proof of concept,” said Anthony S. Fauci, director of NIAID. “What it has proven is that a drug can block this virus. This will be the standard of care.”

The company quickly began work to scale up its manufacturing, working to build a global consortium of pharma and chemical manufacturers in order to expand global capacity and production. The company believes it can get more than one million treatment courses manufactured by December 2020, with plans to produce several million in 2021. It plans to donate the current 140,000 courses that it expects to manufacture by the end of May.

The drug is intravenous and initially took close to a year to manufacture. They have since cut the time down, but it is still a lengthy process. It requires a series of chemical reactions that need to be completed in a specific sequence with a manual inspection of each vial at the end of the process. Some of the steps require unique ingredients with limited supplies and several of the steps can take weeks.

On May 7, Gilead announced that the Japanese Ministry of Health, Labour and Welfare (MHLW) granted the drug regulatory approval to treat COVID-19 under and “exceptional approval pathway.” It was based on data from the NIAID Phase III trial, Gilead’s Phase III SIMPLE trial and available data from the company’s compassionate use program, which included patients in Japan.

“The Japanese approval of remdesivir is in recognition of the urgent need to treat critically ill patients in Japan,” said Merdad Parsey, Gilead’s chief medical officer. “It is a reflection of the exceptional circumstances of this pandemic. We thank the Japanese Ministry of Health, Labour and Welfare for their leadership and collaboration, as we together work to respond to this public health emergency.”

The drug was originally developed to treat first hepatitis C, then tested against Ebola. It was not found to be particularly effective against that virus but has shown in vitro and in vivo antiviral activity in animal models against Ebola, Marburg, MERS and SARS.

Remdesivir is an RNA analog that closely resembles the adenine base that makes up RNA. When remdesivir is present, SARS-CoV-2 polymerase, an enzyme involved in viral replication, may incorporate remdesivir molecules instead of adenine, and insert them instead into the RNA strand. This “caps” the RNA strand, making it unable to manufacture more of the virus.