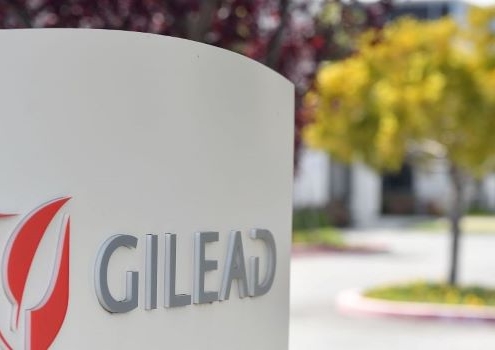 Gilead Sciences scored a legal victory regarding fraudulent HIV reimbursements. The company secured a court order against a number of clinics, labs and prescribers in Florida that were engaging in the alleged fraud that could be valued in the tens of millions of dollars.

First reported by Pharmophorum, Gilead brought a lawsuit against the group of practitioners for violating the Advancing Access program established to provide access to the company’s HIV medications to individuals who were unable to pay for them. According to the report, the Florida clinics recruited individuals, many of them homeless, to go through a screening they provided that would identify them as having contracted HIV.

With the HIV diagnosis, backed by blood tests the clinics’ labs provided, they would then have the patients apply for the Gilead Sciences HIV drugs through the Advancing Access program. Once those drugs were received, these clinics would then purchase the drugs from those individuals at a reduced cost and resell them, Pharmophorum reported.

Not only were the Florida clinics able to resell the drugs, but the pharmacies involved in the scheme also received fees and reimbursements from Gilead that were then divided among the rest of the participants in the fraudulent scheme. The lawsuit filed by Gilead in 2020 indicates the scheme netted the fraudsters “millions of dollars in illicit gains,” according to the report.

Drugs involved in the scheme included Gilead’s HIV pre-exposure prophylaxis medicines Truvada and Descovy. Gilead is one of the leading companies developing treatments for HIV. In 2020, Gilead has three of the top four best-selling HIV drugs on the market with Truvada, Atripla and Stribild.

Not only has the company been battling fraudsters in Florida, but Gilead has also taken action against drug counterfeiterswho are distributing counterfeit and tampered Gilead HIV medication within the U.S. supply chain. In January, the company announced federal law enforcement officials conducted raids at multiple locations across eight states, seizing “thousands of bottles of Gilead-labeled medication with counterfeit supply chain documentation.” Among the items seized were bottles labeled with HIV drugs such as Biktarvy and Descovy.

Gilead said that government evidence showed the counterfeiters sold 85,247 bottles of purported Gilead drug products to pharmacies over a two-year span. They used counterfeit supply chain documentation to conceal the origin. Gilead said that some of the medications sold originated from groups like the Florida fraudsters who purchased Gilead HIV drugs from individuals after it was dispensed to them by a pharmacy.

At the same time that Gilead is taking action against fraud, some activist shareholders are shining a spotlight on the company’s lobbying practices. The San Francisco Business Times reported that activist shareholders The Maryknoll Sisters of St. Dominic Inc., a Roman Catholic order of nuns, and Shareholder Association for Research & Education, are calling for third party reviews of Gilead’s lobbying activities, as well as those of Johnson & Johnson and Eli Lilly. The shareholders are seeking to ensure that the company’s lobbying efforts live up to its values as a life sciences organization.

Cathy Rowan, who works with Maryknoll Sister and other groups on shareholder advocacy, told the Business Times that the shareholders want to ensure the governance of the companies and their lobbying efforts are aligned. Pointing to Gilead specifically, Rowan said the company has repeatedly made statements that it “promotes health and a healthier world.” She said that price should never be a barrier to access to life-saving medications.

In the past, Gilead Sciences has come under fire from HIV and AIDS activists over the pricing of its branded drugs. The company has been the target of a class-action lawsuit that claims it, along with other HIV drugmakers, has used anticompetitive tactics to keep prices artificially high for its respective HIV treatments.

Kevin Thomas, CEO of Shareholder Association for Research and Education (SHARE), told the Business Times that lobbying funds used by Gilead and other companies give them significant influence “that should be used for good.” Thomas said companies that assert they are committed to affordable pricing should mean what they say.