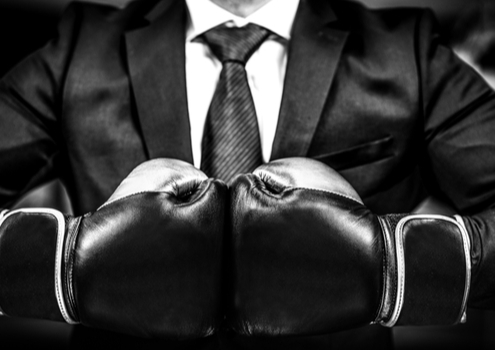 Gilead Sciences lost yet another challenge to its U.S. patent to its Truvada for HIV prevention, or PrEP. In 2019, the Department of Health and Human Services (HHS) alleged that it owned some of Gilead’s Truvada patents. Earlier this month, Gilead lost a bid to invalidate the government’s patents. And it happened again. The Patent Trial and Appeals Board ruled that the company did not demonstrate the likelihood of winning its arguments to overturn two patents held by the U.S. Centers for Disease Control and Prevention (CDC).

In November 2019, the Trump administration, via HHS, filed a lawsuit against Gilead over Truvada for HIV prevention. The patents are held by the CDC, which partially funded academic research into HIV prevention that was part of the building blocks for Gilead’s Truvada and Descovy. HHS alleged that Gilead refused a licensing deal despite “multiple attempts” to negotiate one. Gilead argues that the government’s 2015 patent for Truvada is invalid.

In a related case, HIV-prevention advocacy group, PrEP4All Collaboration, filed a petition in December 2019 with the U.S Patent and Trademark Office alleging that Gilead intentionally delayed the development of a safer HIV drug.

In 2005, Gilead was developing tenofovir alafenamide (TAF), when the company informed the U.S. Food and Drug Administration (FDA) that it was suspending development of the drug. It did not take up the FDA application again until 2010. The drug is now part of two of Gilead’s combination therapies, Genvoya and Descovy.

Both Descovy and Truvada have been approved for pre-exposure prophylaxis (PrEP), which is to say, it is used by men who have sex with other men as well as transgender women to prevent the transmission of HIV.

On February 5, after the first review, Gilead stated, “The denial of the request for IPR [inter partes review] does not mean that the HHS patents are valid; the Patent Trial Appeal Board (PTAB) simply did not find the limited evidence we were permitted to introduce in an IPR was sufficient to justify a full hearing on the merits using its expedited procedure.”

The company indicated then that it still believes all four HHS PrEP patents are invalid and should not have been granted.

HHS’s argument is partially based on almost $50 million in federal grants that supported HIV prevention research by San Francisco AIDS foundation researcher Robert Grant and CDC researcher Thomas Folks. Gilead argues they had already formulated the plan for using an HIV drug as a pre-exposure preventative, which was included in guidelines published in 2005 by the Center for HIV Identification, Prevention, and Treatment Services and AIDS Partnership California.

Some of the impetus for the lawsuits is the work of AIDS activists, who criticize the $21,100 price Gilead has on PrEP. They argue that government royalties should be used to fund treatment and education programs to expand access to the drug.