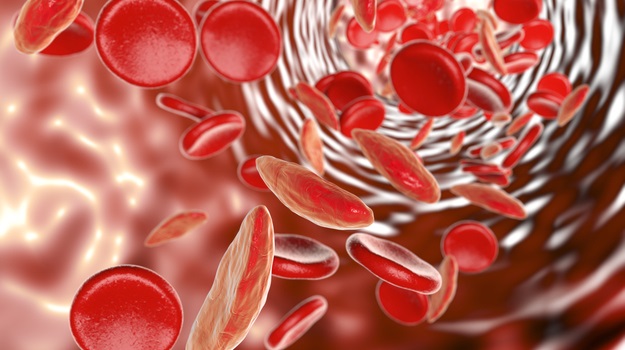 Less than a month after snagging approval for a first-of-its-kind sickle cell disease treatment, Global Blood Therapeutics  (GBT) is already looking at next-generation measures to tackle the disorder, as well as other diseases of the blood such as beta thalassemia.

On Thursday, South San Francisco-based GBT struck a deal with Syros Pharmaceuticals that is worth up to $375 million to discover, develop and commercialize novel therapies for the two types of blood disorders. The two companies will harness the gene control platform developed by Syros to identify therapeutic targets and discover drugs that induce fetal hemoglobin.

The Syros technology modulates the expression of both abnormal and normal genes and allows them to be turned “on, off, up or down,” according to the company’s website. For the purposes of this collaboration, Syros will build upon previous work where it was able to “elucidate mechanisms controlling gamma globin gene expression” and identify “components of LRF (leukemia/lymphoma-related factor) and the NuRD (nucleosome remodeling and histone deacetylation) complex that could serve as potential targets to switch on the gamma globin gene.” The gene is normally silenced shortly after a child is born but the companies believe that if it is turned back on in sickle cell patients, it will induce the production of fetal hemoglobin, which is known to exert protective effects on the red blood cells of patients with both sickle cell disease and beta thalassemia and then mitigate the clinical manifestation of these diseases, the companies said.

At the American Society of Hematology meeting earlier this month, Syros said its discovery of a fetal hemoglobin repressor induced fetal hemoglobin in nearly 100% of cells and increased total fetal hemoglobin levels to 40%, exceeding levels that are associated with a functional cure in SCD patients.

Ted Love, chief executive officer of GBT, said the company believes that Syros’ approach to inducing fetal hemoglobin is “one of the most promising ways to identify the next generation of therapies to treat sickle cell disease and beta thalassemia at a fundamental level – upstream of serious complications such as organ damage, organ failure and early death.” As GBT’s driving focus has been the development of therapies for sickle cell disease, Love said the company will continue to “seek the best scientific approaches” in order to provide additional treatment options for patients.

Sickle cell disease, which affects an estimated 100,000 people in the United States, is caused by a genetic defect in the gene that codes for hemoglobin that causes red blood cells to have a sickle shape. That, in turn, affects how they carry oxygen. The diminished oxygen delivery to tissues and organs can lead to life-threatening complications, including stroke, blood clots, infections and irreversible organ damage.

“We believe it is possible to provide a functional cure for patients with sickle cell disease or beta thalassemia by switching on the gamma globin gene with an oral medicine,” Syros CEO Nancy Simonian said in a statement. “Partnering with GBT, an established leader in sickle cell disease with proven research, development, manufacturing and commercialization capabilities, allows us to expand and accelerate our program, exploring multiple approaches in parallel with the aim of bringing much-needed new therapies to market for patients with sickle cell disease and beta thalassemia as quickly as possible.”

Under terms of the agreement, Syros will receive $20 million in upfront cash. GBT will also provide up to $40 million to fund preclinical research for three years. GBT will receive an option to obtain an exclusive worldwide license to develop, manufacture and commercialize products resulting from the collaboration. If GBT exercises this option, Syros could receive up to $315 million in additional milestones. Syros would also be eligible to receive any royalties from potential commercial sales.