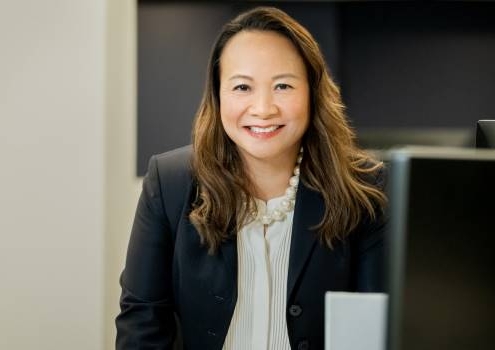 Glympse Bio has developed a liquid biopsy with the potential to diagnose and monitor non-alcoholic steatohepatitis (NASH) with significantly higher accuracy and less invasiveness than needle biopsies, according to a late-breaking presentation at the American Association for the Study of Liver Disease (AASLD) annual The Liver Meeting, held virtually November 12-15.

This liquid biopsy uses a panel of peptide biosensors to analyze protein activity from a blood sample and provide actionable readouts of the disease state. Pilot studies using human blood samples show the biopsy is 97% accurate in differentiating those with NASH versus healthy individuals.

In contrast, “liver biopsies (the current reference standard to diagnose and monitor NASH) are 80% to 90% accurate,” Glympse CMO Dr. Tram Tran, M.D. told BioSpace. The reasons for the lower accuracy are the heterogeneity of liver damage and the need for a pathologist to interpret the data. As she explained, “in NASH, the liver may be the size of a small football, so there’s a lot of variability based simply upon sampling error. Then, various pathologists may interpret the results differently.”

To provide a less-invasive, more definitive assay, Glympse developed its liquid biopsy. Starting with 450 possible biosensors, it narrowed them to 19.

The liquid biopsy was tested in 88 individuals. “We ended up with 12 healthy controls who had never been diagnosed with renal or liver disease, Type II diabetes, autoimmune disorders, or hematologic or oncologic conditions, and 76 patients with NASH, confirmed by biopsy,” Dr. Arun J. Sanyal, M.D., of the division of gastroenterology, hepatology and nutrition at Virginia Commonwealth University, said during his presentation at The Liver Meeting.

“When applied to the detection of NASH, it accurately identified 11 of the 12 healthy controls and 68 of the 76 patients with NASH, resulting in an AUC (area under the curve) of 0.97. (Note that 1.0 is perfect). These results indicate that inflammation- and fibrosis-related biosensors show increased signals in NASH,” he said.

Sanyal also found that results were not affected by body mass, age, gender or diabetes. Thus, he determined that circulating protease activity was a valid diagnostic for NASH, and that protease activity – rather than abundance – was the key determinant.

“We were looking at patients with extreme phenotypes,” he cautioned. However, the plasma-based Glympse liquid biopsy for NASH merits continued development.

“The liquid biopsy could detect disease relatively early,” Tran said. Exactly how early hasn’t been determined, but “we will know more in the near future,” she added.

As liquid biopsy, this assay has enormous potential that is only underscored by its inclusion in the late-breaking presentation portion of the meeting.

“Our test is a simple blood draw,” Caroline Loew, Ph.D., CEO, pointed out. “It’s very straightforward to run and, when we move it to clinical practice, results will be available very quickly. The limiting factor will be how quickly a physician can get a sample to us.”

Disruption to patients’ daily lives will be minimal, enabling them to return to work or other activities immediately afterward, just as with other routine blood tests. In contrast, traditional liver biopsies typically require a day off work for a patient to come to a clinic, undergo the procedure, and be monitored for a few hours afterward. 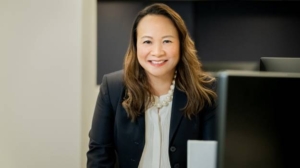 “Anybody who has (been involved with) a liver biopsy recognizes what a big advancement a liquid biopsy is. Liver biopsies are invasive, painful procedures, so changing from that to a simple blood draw for something as common as NASH will enable more appropriate diagnoses,” Tran said. Additionally, patients who come into the system are likely to be willing to have the test done.

The data presented at The Liver Meeting demonstrates early proof of concept in humans. As such, it is the first step in developing a more robust diagnostic. “This was intended to distinguish between healthy individuals and those with NASH,” Loew said. “It has an extremely high accuracy rate…it’s just breathtaking.” The company plans to continue studies with a larger cohort of patients that includes blood samples from patients with non-alcoholic fatty liver disease (NAFLD) as well as those with NASH.

“The next step is to build a panel to understand the stages of diseases. Our unpublished data suggest we will be able to detect the disease in early-, mid-and late-stage patients,” Loew said.

“We see this as a practice-changing diagnostic that will provide incredible clinical value for patients and physicians,” Loew continued. “This has implications not just for NASH, but for cancers, autoimmune diseases and other fibrotic diseases as well.”