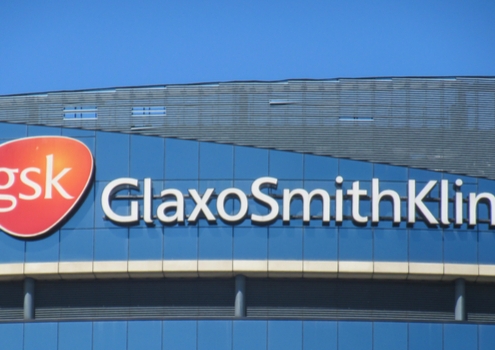 GlaxoSmithKline outlined a plan to split the company into two entities over the next two years. One entity will focus on pharmaceuticals and drug development, while the other will be aimed at consumer healthcare.

GSK announced its broad-stroke plans Wednesday morning as it reported its 2019 earnings report, which fell short of analyst expectations due to pricing pressure in the respiratory drug market. GSK expects 2020 adjusted profit to be down 1% to 4%.

GSK said the split of the company will take place over a two-year period and has multiple aims, including allowing the consumer health care business to operate as a standalone company. Chief Executive Officer Emma Walmsley said the company will ready itself for the split over the next two years in order to have both entities able to operate independently.

“All of this aims to support future growth, deliver significant value creation, and set up two new leading companies in biopharma and consumer healthcare, each with the opportunity to improve the health of hundreds of millions of people,” Walmsley said in a statement.

The new companies will include GSK, an R&D-focused company that will have a keen interest in programs related to the immune system, use of genetics, as well as new technologies, and the consumer healthcare business. GSK said it intends to use the two-year separation period will provide the company with time to “drive a common approach to R&D across modalities with improved capital allocation,” as well as “align and improve capabilities and efficiencies of global support functions to support New GSK.” Other aims that will be accomplished for the R&D side of the new GSK will allow the company to optimize its supply chain and portfolio and divest assets that are not considered core to its mission. The company said it will conduct a strategic review of its prescription dermatology products as it moves forward, a sign that this is one area the company will begin to shed assets.

The two-year plan is estimated to have costs of about £2.4 billion, or about $3.1 billion. More than half of those costs will be paid for with available cash, the company said. The proceeds gained from future divestitures are expected to cover the remaining costs, the company noted. The break-up is expected to deliver improved operating performance, with meaningful improvements from 2022, GSK said.

Additional one-time costs to prepare for the formation of the stand-alone consumer healthcare business are estimated at £600-700 million, or up to $900 million. In December 2018, Pfizer and GlaxoSmithKline joined together to create a global healthcare company by combining the consumer healthcare business of each company. When the combination of companies closed in August of last year, Pfizer and GSK said the joint venture created the world’s largest over-the-counter business. In particular, it holds the number one OTC position in the U.S. and the number two OTC position in China – the two biggest OTC markets in the world, the companies said.

Over the past year, the company saw a strengthening of its R&D pipeline with eight regulatory submissions, six positive pivotal trial results and four new assets progressed into pivotal trials, GSK said. That momentum is expected to continue on through this year. In 2020, GSK said it expects at least six potential approvals in oncology, HIV, specialty and respiratory indications. The company said it also expected proof of concept readouts on several key pipeline assets including four oncology medicines and vaccines for COPD and RSV.

“GSK delivered a good performance in 2019 with growth in sales and earnings, together with strong cash generation.  We also made excellent progress in all three of our long-term priorities: Innovation, Performance and Trust, strengthening our pipeline, improving operational execution and reshaping the company,” Walmsley said. “In 2020, our first priority remains Innovation, to progress our pipeline and support new product launches. Recent data readouts underpin our decision to further increase investment in R&D and these new products.”