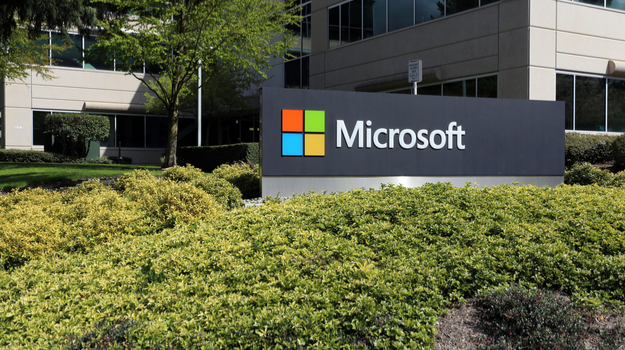 Microsoft announced that Emma Walmsley, chief executive officer of GlaxoSmithKline, had been nominated to the company’s board of directors.

Walmsley took over the reins of the London-based pharmaceutical company from Sir Andrew Witty in early 2017, making her the first woman to lead a top biopharmaceutical company. Walmsley joined GSK in 2010 after 17 years at L’Oreal, where she held several managerial positions, including running the company’s consumer products division in China. She ran GSK’s consumer healthcare division since 2016 after the company’s three-part $20 billion deal with Novartis that involved a complex swap of its oncology drugs for Novartis’ consumer health products and vaccines.

Although Walmsley’s nomination to the Microsoft board isn’t official yet, it is likely to be confirmed at the company’s annual shareholders meeting held on December 4.

“Emma is an accomplished business leader who led major advances in research and development at GSK and will bring her significant insights and global experience to Microsoft,” said John W. Thompson, Microsoft independent board chair, in a statement. “We believe she will be a valuable addition to the board.”

The nomination came along with the announcement that two of the company’s board members, Charles H. Noski, former vice chairman of AT&T Corp. and Bank of America Corp., and Helmut Panke, former chairman of the board of management at BMW AG, have decided not to seek re-election to the board. Their terms expire at the annual shareholders meeting.

Microsoft has been pushing heavily into healthcare. One small example is in March 13, Microsoft partnered with Oxford BioMedica on a two-year research-and-development collaboration. The goal is to improve the yield and quality of next-generation gene therapy vectors, usually viruses, using artificial intelligence (AI) and machine learning.

Microsoft’s Station B will use AI and machine learning to increase the yield of Oxford Biomedica’s lentiviral vectors while cutting costs.

And Walmsley has made digital health a cornerstone of her leadership at GSK. One example is its brand Theraflu developed a cold and flu tracker for the Russian market. It utilizes search, social and weather data to identify cold and flu incidents across each region of the country. It involved content, subject matter experts and product information.

And in 2017, GSK partnered with Google to bring data management in-house. Also, in a July 2018 presentation by Walmsley and GSK’s chief scientific officer and R&D Head Hal Barron, the company is leveraging data science. It stated its access to large databases from “carefully genotyped and phenotyped patient populations, coupled with technological advances in data analytics” gave the company an opportunity to target drug discovery and development at a new generation of targets.

Shortly after she took on the role at chief executive, Walmsley created a new position, chief digital and technology officer. She appointed Karenanne Terrell, former Walmart chief information officer, to the role.

According to GSK’s 2018 annual report, Walmsley doesn’t have any roles at other corporations. Her two external appointments are co-chair of the Consumer, Retail and Life Sciences Council, an advisory group for the UK government, and honorary fellow of the Royal Society of Chemistry.