Nov 11 (Reuters) – Britain’s GSK (GSK.L) said on Friday it would limit the use of its ovarian cancer drug Zejula in the United States as a second treatment option to keep cancer at bay in patients whose tumors carry certain mutations.

The news marks a second setback for GSK’s oncology portfolio this week, after the company on Monday revealed its blood cancer drug Blenrep failed to outperform an older therapy in a key study, calling into question Blenrep’s existing U.S. approval.

The drugmaker’s shares were down nearly 5% on Friday afternoon.

Zejula belongs to a family of drugs called PARP inhibitors – which include AstraZeneca (AZN.L) and Merck’s (MRK.N) Lynparza and Clovis Oncology’s (CLVS.O) Rubraca.

The class of therapies have been plagued by safety setbacks, prompting their makers to limit their use in ovarian cancer patients, after clinical data suggested patients do not live as long as those given chemotherapy, in ‘later-line settings’, that is patients who initially have been treated with other drugs.

In September, GSK withdrew the use of Zejula in certain ovarian cancer patients who had previously undergone three or more chemotherapy regimens.

The move was in consultation with the U.S. Food and Drug Administration (FDA), and in line with data on the broader class of therapies that indicated the drugs could have a detrimental effect on survival rates in such patients, the company said.

Soon after, it emerged that FDA advisors in November were set to review whether the use of Zejula in the second-line setting was warranted, given the emergence of additional survival data from a key study.

Zejula won FDA approval in 2017 for use in the second-line setting – as a therapy to keep cancer at bay in patients who have already had a recurrence of epithelial ovarian, fallopian tube, or primary peritoneal cancer, but have had a complete or partial tumour response to platinum-based chemotherapy.

But the Nov. 22 FDA meeting was canceled in late October. On Friday, GSK said it had complied with the FDA’s request to restrict the use of Zejula as a second-line treatment only in patients whose tumours carry or are suspected to have certain mutations.

For GSK, Zejula’s use in the first-line setting – as a therapy designed to keep cancer at bay in ovarian cancer patients who have partially or fully benefited from platinum-based chemotherapy, remains a priority.

Zejula – which GSK acquired through its $5.1 billion acquisition of U.S. cancer specialist Tesaro in 2018 – generated a total of 120 million pounds ($141.4 million) last quarter.

Barclays has forecast 697 million pounds in peak annual sales for the drug in 2026, following which analyst Emily Field expects sales to stay flat, before starting to decline in 2031.

Reporting by Natalie Grover in London and Pushkala Aripaka in Bengaluru; editing by Uttaresh.V and Emelia Sithole-Matarise 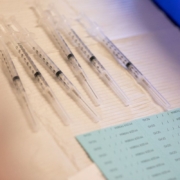 Explainer: Updated COVID-19 vaccines are coming in the U.S., should you get one? 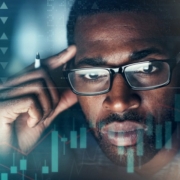 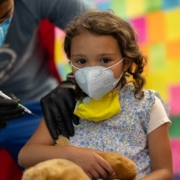 Lipidio rakes in $20M in Series A to target dermatological and metabolic di...
Scroll to top