Hal Barron, the man who guided the reinvigoration of the pharmaceutical direction at GlaxoSmithKline, is departing the company as it undergoes a planned demerger later this year. Barron, who took over as GSK’s chief scientific officer in 2017, is leaving to head up Bay Area startup Altos Labs.

Barron will officially depart his role as CSO in August. Tony Wood, a former Pfizer executive who has served as GSK’s senior vice president of Medicinal Science and Technology since 2017, will take over the CSO role at that time. Barron will remain with GSK as a member of the board of directors, where he will continue to provide a guiding hand on the company’s research and development programs. Additionally, Barron will continue to engage with the scientific community, R&D partners and other companies on behalf of GlaxoSmithKline.

A Roche veteran, Barron was a key hire for GSK Chief Executive Officer Emma Walmsley as she took over the company’s reins in 2017. Barron guided Walmsley’s vision of reshaping GSK’s R&D focus as it looked toward new horizons that included the harnessing of genetic data in order to drive the company’s clinical pipelines. That was accomplished through 2018 collaboration with genetic data company 23andMe, which delivered more than 40 genetically validated drug discovery programs into the GSK portfolio. Under Barron, the company also leaned heavily into its strengths as a vaccines powerhouse.

“GSK now has a pipeline of 21 vaccines and 42 medicines – many of which offer potential best or first-in-class opportunities for patients and will drive growth at GSK well into the next decade. I’m very excited to remain part of GSK and to play a significant role within the company as I transition to a Non-Executive board member,” Barron said in a statement.

Privately-held Altos Labs, which launched today, focuses on the biology of cellular rejuvenation programming to reverse disease. At Altos, Barron will work alongside some heavyweights in the pharma industry, including Hans Bishop, the former CEO of GRAIL and Juno Therapeutics, Rick Klausner, the former director of the National Cancer Institute and Ann Lee-Karlon, a former senior vice president at Genentech.

“I am deeply honored to have been offered this once-in-a-lifetime opportunity to lead such a unique company with a transformative mission to reverse disease,” Barron said in a statement. “It’s clear… that cells have the ability to rejuvenate, resetting their epigenetic clocks and erasing damage from a myriad of stressors. These insights, combined with major advances in a number of transformative technologies, inspired Altos to reimagine medical treatments where reversing disease for patients of any age is possible.”

Walmsley expressed her excitement at Barron’s new opportunity with Altos Labs. She said the startup will provide Barron with a “unique opportunity” but also expressed her pleasure that he will continue to maintain with GSK at the board level and continue to provide the company with his expertise. 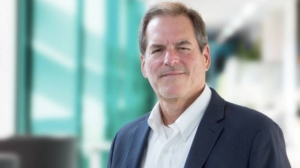 “… with his experience and expertise across science, data and new technologies, he is perfectly placed to build on Hal’s outstanding progress and to deliver value from our pipeline. Altogether, these changes provide us with a clear pathway for continued momentum in R&D to deliver our new ambitions for growth and scale impact for patients,” Walmsley said in a statement.

Since joining GSK in 2017, Wood has played a role in launching multiple drugs, including Nucala, Blenrep, Jemperli, Cabenuva and most recently, Xevudy. Wood has also played a vital role in bolstering the company’s R&D approach that Barron and Walmsley first laid out in 2018.

Barron also praised Wood as his successor, calling him a person and scientist of the highest quality.

“In the last four years we have significantly improved the quality and strength of the pipeline and our overall R&D productivity, delivering 13 major product approvals and more than doubling the number of assets in Phase III/registration to 23,” he noted.

Wood said he is honored to follow in Barron’s footsteps, noting the company’s progress under his guidance to strengthen its pipeline and improve its R&D approach.

“With the progress already made, and together with the many talented people we have working in our R&D organization, I am confident that we will deliver highly successful and much needed scientific innovation for patients in the years ahead,” Wood said in a statement.