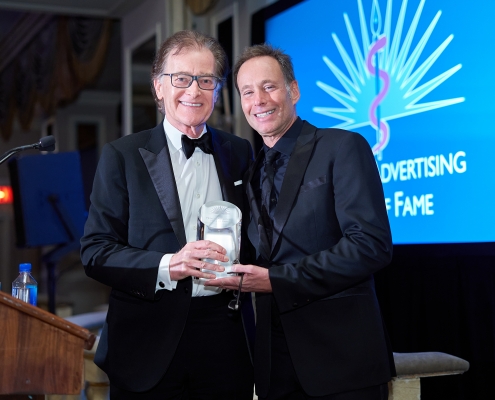 The Medical Advertising Hall of Fame (MAHF) honored the organization’s 2020 inductees on Feb. 6th at The Pierre in New York City. Thomas Harrison, co-founder of Harrison and Star, and Lawrence J. Lesser, co-founder of Medicus Communications and ApotheCom Associates, were inducted as the MAHF’s newest members. John Kamp, founder of the Coalition for Healthcare Communications, was elected as the 2020 recipient of the Service to Industry Award. 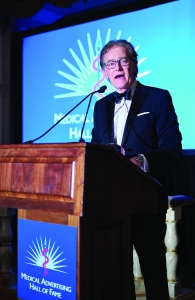 Harrison’s career launched as a Pfizer sales rep, and he eventually transitioned to the marketing side of the business. Next up was the agency Rolf Werner Rosenthal, which was bought out by Ogilvy. During 1987, he proceeded to partner with Larry Star to open Harrison and Star (H&S), which quickly became one of the fastest-growing ad agencies in the industry. From there, he moved on to the role of president of Diversified Agency Services (DAS), eventually becoming chairman and CEO. Harrison was instrumental in the acquisition of more than 220 agencies using H&S as the blueprint for standardizing the acquisition criteria resulting in a group of agencies exceeding $5 billion in annual revenue. 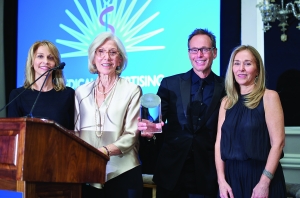 According to Harrison, “I have a difficult time processing that my name is now placed alongside these leaders’ names for my contributions to the industry, simply for doing just what I love, what comes naturally to me for an industry that embraced me and that has given me so much. It was my industry friends, my colleagues both at Harrison & Star and  at Omnicom, and even my competitors who made me show up better every day to do what I enjoy. Being welcomed with such admiration and respect is humbling, energizing and emotional all at the same time. It was a beautiful evening in every respect, the memory of which will surely not fade.”

Harrison continues, “What an incredibly significant honor it is to be recognized through this 2020 induction into the Medical Advertising Hall of Fame; just as it was in 1990 to be named by Med Ad News as its first-ever Medical Advertising Agency of the Year. Both themselves very meaningful, memorable bookends to a career.” 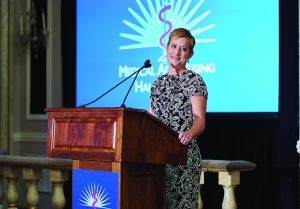 Lesser started his advertising career during 1959 as an assistant account executive at Friend Reiss Advertising. After rising through the ranks at LW Frohlich Intercon Agency, in 1972 Lesser and William Castagnoli partnered with V. Edward Dent to start Medicus Communications, which became an early player in consumer advertising. They were the first to promote a consumer product, Crest, to medical professionals. Medicus was additionally responsible for one of the very first national DTC television ad campaigns for Seldane. After retiring from Medicus in 1997, Lesser became a consultant and eventually founded ApotheCom Associates LLC with Neil Matheson during 1999. ApotheCom became the largest privately owned medical communications agency in the United States. As Matheson and Lesser created additional agencies, they established the holding company AXIS Healthcare Communications LLC during 2001, where Lesser served as chairman until 2007. Lesser continued consulting in the industry before passing away in 2017.

“Larry made a huge impact on the healthcare advertising world in 3 major areas,” says Matheson, now chairman of the board, Atlantis Healthcare. “He had a vision for a global healthcare network and Medicus was the first US agency to establish offices outside the US. He also believed in providing a broad range of integrated services and acquired medical communications, medical education, and sales training agencies. And finally he shared a passion, along with his business partner Bill Castagnoli, for consumer advertising of healthcare products and Medicus was the first agency to promote a consumer product to doctors and the first to promote a prescription product to consumers (Seldane).” 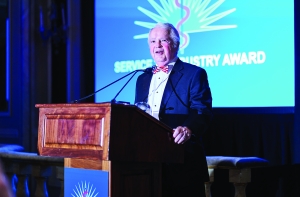 Matheson adds, “Larry had a great sense of humor, loved mentoring young people and supporting their careers, and he was a warm and caring human being.”

John Kamp has been a longtime champion of the medical advertising and communications industry, advocating for the First Amendment right to communicate accurate and non-misleading information about new developments in diagnosis and therapy. Kamp started his career as director of Congressional and Public Affairs at the Federal Communications Commission, serving from June 1980 to October 1989, helping to make FCC policy and representing the agency to the public and lawmakers. Kamp then moved to the American Association of Advertising Agencies (4As) Washington office as senior VP from 1990 to 2000. During 1991, early in his tenure at the 4As, Kamp was one of the group of advertising industry leaders who founded the Coalition for Healthcare Communication (CHC). He departed the 4As to join the Washington law firm Wiley Rein LLP. During 2002, Kamp became executive director of the CHC, while continuing as part-time Consulting Counsel at Wiley Rein. He retired from Wiley Rein in 2017 and retired as executive director of the CHC during 2018. 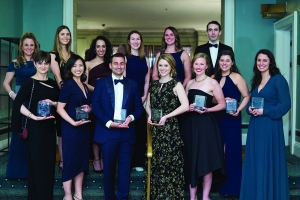 “The Medical Advertising Hall of Fame Service Award is the perfect honor to cap a 30 year career as a Washington advocate for our industry,” Kamp told Med Ad News, for which he wrote the magazine’s ‘The Final Word’ column until he retired from the CHC and handed off the reins to the Coalition’s executive director, Jon Bigelow. “I am immensely grateful to be given a place among the most creative and accomplished men and women in the medical marketing industry. It was especially gratifying to have so many of my professional friends AND all my family there to cheer me on. It doesn’t get better than that!” 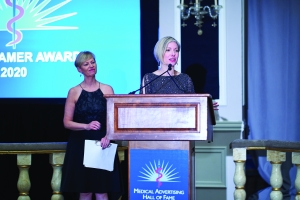 The Future Famers Award, which began in 2012, recognizes young individuals destined to leave their mark. “Call them culture carriers if you will, but they embody the future CEO we all want to have,” according to MAHF officials. Awardees have the opportunity to learn leadership skills for success from a panel of MAHF inductees, and have the privilege of attending “Breakfast with Champions” events with the Hall of Famers at scheduled times throughout the year. The 2020 MAHF dinner recognized 28 Future Famers. Consistent with the goal of the MAHF to preserve the history of healthcare advertising by honoring those whose contributions made a positive difference, the Heritage Award was established. Receiving the 2020 recognition were Protonix from Pfizer (formerly Wyeth), created by Havas Life (formerly Euro RSCG Life); and Teva Oncology from Teva Pharmaceuticals, created by AbelsonTaylor.

The Digital Pioneer Award was created by the MAHF to honor those who looked beyond traditional advertising and created groundbreaking, innovative communications that attracted and engaged audiences. This year’s honorees are Concentric Health Experience for Betaseron: The “POD” 3D 360 Degree Simulator for Bayer, launched in 2009; and H4B Chelsea/Havas for Enbrel eCongress for Wyeth/Pfizer, also launched during 2009.