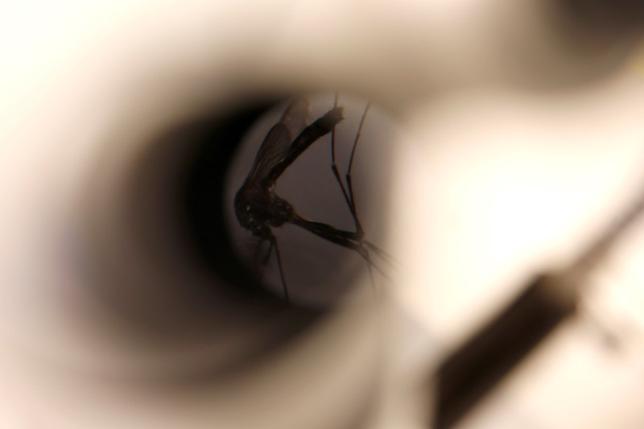 A mosquito is seen under a microscope at the Greater Los Angeles County Vector Control District in Santa Fe Springs, California, U.S., May 18, 2016.
Reuters/Lucy Nicholson

Three babies have been born in the United States with birth defects linked to likely Zika virus infections in the mothers during pregnancy, along with three cases of lost pregnancies linked to Zika, federal health officials said on Thursday.

The six cases reported as of June 9 were included in a new U.S. Zika pregnancy registry created by the Centers for Disease Control and Prevention. The agency said it will begin regular reporting of poor outcomes of pregnancies with laboratory evidence of possible Zika virus infection in the 50 states and the District of Columbia.

Zika has caused alarm throughout the Americas since numerous cases of the birth defect microcephaly linked to the mosquito-borne virus were reported in Brazil, the country hardest hit by the current outbreak. The rare birth defect is marked by unusually small head size and potentially severe developmental problems.

The U.S. cases so far involve women who contracted the virus outside the United States in areas with active Zika outbreaks, or were infected through unprotected sex with an infected partner. There have not yet been any cases reported of local transmission of the virus in the United States. Health experts expect local transmission to occur as mosquito season gets underway with warmer weather, especially in Gulf Coast states, such as Florida and Texas.

The CDC declined to provide details of the three cases it reported on Thursday, but said all had brain abnormalities consistent with congenital Zika virus infection. Two U.S. cases of babies with microcephaly previously were reported in Hawaii and New Jersey.

The poor birth outcomes reported include those known to be caused by Zika, such as microcephaly and other severe fetal defects, including calcium deposits in the brain indicating possible brain damage, excess fluid in the brain cavities and surrounding the brain, absent or poorly formed brain structures and abnormal eye development, the CDC said.

“The pattern that we’re seeing here in the U.S. among travelers is very similar to what we’re seeing in other places like Colombia and Brazil,” Dr. Denise Jamieson, co-leader of the CDC Zika pregnancy task force, said in a telephone interview.

Authorities in Brazil have confirmed more than 1,400 cases of microcephaly in babies whose mothers were exposed to Zika during pregnancy.

Lost pregnancies include miscarriage, stillbirths and terminations with evidence of the birth defects. The CDC did not specify the nature of the three reported lost pregnancies, citing privacy concerns about pregnancy outcomes.

The CDC established its registry to monitor pregnancies for a broad range of poor outcomes linked to Zika. It said it plans to issue updated reports every Thursday intended to ensure that information about pregnancy outcomes linked with the Zika virus is publicly available.

The CDC said the information is essential for planning for clinical, public health and other services needed to support pregnant women and families affected by Zika.

“We’re hoping this underscores the importance of pregnant women not traveling to areas of ongoing Zika virus transmission if possible, and if they do need to travel to ensure that they avoid mosquito bites and the risk of sexual transmission,” Jamieson said.

(Reporting by Bill Berkrot; Editing by Will Dunham)