LONDON, Jan 16 (Reuters) – The Fitbit on your wrist not only counts your steps and minutes of sleep, it can also help tell if you’re coming down with the flu – and warn health authorities to get ready to help.

A study in the United States has found that heart rate and sleep data from wearable fitness tracker watches can predict and alert public health officials to real-time outbreaks of flu more accurately than current surveillance methods. 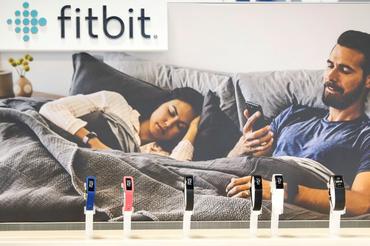 The study used data from more than 47,000 Fitbit users in five U.S. states. The results, published in The Lancet Digital Health journal, showed that by using Fitbit data, state-wide predictions of flu outbreaks were improved and accelerated.

The World Health Organization estimates that as many as 650,000 people worldwide die of respiratory diseases linked to seasonal flu each year.

Traditional surveillance reporting takes up to three weeks, meaning response measures – such as deploying vaccines or anti-virals and advising patients to stay at home – can often lag.

“Responding more quickly to influenza outbreaks can prevent further spread and infection, and we were curious to see if sensor data could improve real-time surveillance,” said Jennifer Radin, who co-led that study at the U.S. Scripps Research Translational Institute.

Previous studies using crowd-sourced data – such as Google Flu Trends and Twitter – have experienced variable success, partly, experts say, because it is impossible to separate out behavior of people with flu from people who search online about it due to more media and public attention during outbreaks.

For this study, Radin’s team de-identified data from 200,000 people whose Fitbits tracked activity, heart rate and sleep for at least 60 days during the March 2016 to March 2018 study period. From the 200,000, 47,248 users from California, Texas, New York, Illinois and Pennsylvania wore a Fitbit consistently during the period. The average age was 43 and 60% were female.

This data was compared to the U.S. Centers for Disease Control’s weekly estimates for flu-like illness.

But she said more work is needed “to gauge how reliable these data are over time, how specific these measurements are for flu, and how representative Fitbit users are of the whole population”.