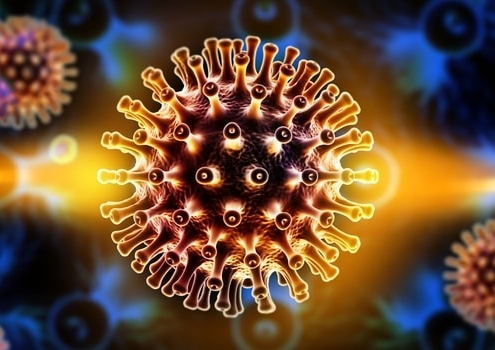 On June 5, the United States and the rest of the world marks a grim milestone – the 40th anniversary of the HIV epidemic. While the virus has taken the lives of an estimated 35 million people over the last 40 years, an end could be in sight as biopharma researchers continue to develop safe and effective new treatments, with an eye toward a potential cure.

Dr. Kimberly Smith, head of Research and Development at HIV-focused ViiV Healthcare, established through a partnership of GlaxoSmithKline, Pfizer and Shinogi Limited, reflected on the advancements made in treating the virus since she treated her first patient in 1989. Particularly over the past 10 to 15 years, Smith said there has been a significant increase in safe and effective medications for HIV patients, reducing reliance on daily dosing.

She noted that it wasn’t until 1996 that a combination of therapy that could suppress the virus over the long term was approved. That was a significant step up from AZT (azidothymidine), the first antiretroviral approved for the disease. It was a complex regimen that provided a temporary stay from the virus but also had horrible side effects.

“Since that time, there has been a steady drumbeat of improvement in therapy. Now we’re at single tablet regimens and it’s a disease that is treatable,” she said. “This year we took the next giant leap with the approval of Cabenuva.”

Cabenuva is ViiV’s recently-approved monthly shot. It is a combination of cabotegravir and rilpivirine and is intended for HIV patients who are virologically suppressed. Smith said Cabenuva reduces the treatment dosing days from 365 days to 12 days per year, and the company hopes to improve upon that with a treatment taken every two months. 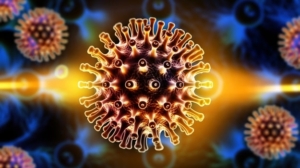 The company is also eying potential approval for cabotegravir for the prevention of HIV, a PrEP medication.

Other drugs recently developed for HIV treatment include Merck’s Delstrigo, a once-per-day triple combination treatment, and Pifeltro, a new non-nucleoside reverse transcriptase inhibitor. Gilead is a leader in the development of HIV treatments. With Truvada, Atripla and Stribild, Gilead Sciences has three of the top four best-selling HIV drugs on the market. In 2018, Gilead also saw approval of Biktarvy, a triple combination treatment of bictegravir and emtricitabine/tenofovir alafenamide for the treatment of HIV-1.

Not only is the pharma community steadily working to develop therapies and preventative medications for HIV, but the U.S. government also declared war on the virus and promised to bring an end to the epidemic. Robert Redfield, the former director of the U.S. Centers for Disease Control and Prevention, predicted the AIDs epidemic could be defeated within the next three to seven years. Redfield, a longtime HIV researcher, said at the time he was appointed CDC director that the tools exist to defeat the disease and that researchers should believe in “the possible.”

During the previous presidential administration, the White House launched an initiative to reduce the number of new HIV infections in the United States by 75% by 2025. By 2030, the goal is to reduce infections by at least 90%, for an estimated 250,000 total HIV infections averted. The current administration has taken up the cause and pledged to meet the goal.

Currently, about 1.1 million Americans are living with HIV infection. It is estimated that 38,000 Americans are diagnosed with the infection each year, down significantly from peak infections. Without intervention, the government predicts nearly 400,000 more Americans will be newly diagnosed over ten years despite the availability of tools to prevent transmissions.

Smith expressed hope that HIV is a disease that can be defeated within our lifetime. She pointed to two patients who underwent rigorous treatment regimens and, as a result, were cleared of the virus. The London patient and the Berlin patient, as they are known, both underwent an invasive procedure where the immune system was ablated ahead of a bone marrow transplant. The new cells were resistant to viral infection, and, following the transplant, the HIV was no longer detectable within them.

“These were tough treatment programs, but it does show what is possible,” Smith said. However, she quickly noted that the treatments the London and Berlin patients went through are not a reasonable path for the 38 million HIV patients across the globe.

Still, there are companies assessing gene therapy treatments that may achieve similar results with greater safety. Maryland-based American Gene Technologies dosed its first patient in a Phase I study of its HIV gene therapy, AGT103-T. The company is developing AGT103-T to downregulate the CCR5 receptor, disrupting the synthesis of proteins HIV needs to replicate. The gene therapy is designed to repair the T helper cell defect, which will allow the body to fight and clear HIV.

While gene therapies are promising, Smith said any treatment that can functionally end HIV as a threat has to be safe, scalable, and “not outrageously expensive.” A significant number of HIV patients are in countries that have limited economic resources. Smith said it would be necessary for new medications to be available for these patients to end the scourge of HIV.

Smith also said that approximately 50% of HIV patients across the globe are currently on treatment. If more patients can begin to undergo treatment with available drugs and prevention drugs could be provided to the vulnerable and at-risk populations, transmission of the virus will decline.

“We’re doing our part to make sure our HIV drugs are available,” Smith said.

Although numerous medications have suppressed the virus in patients, Smith noted there is still a significant stigma associated with the disease.

“No one is worried about someone finding your hypertension medication on the counter, but people with HIV will hide their medication to avoid that and have it affect people’s views. It’s not like what it was back in the beginning when people were horrible about it,” she said. Smith added that many people with HIV also have a self-induced stigma over their disease.