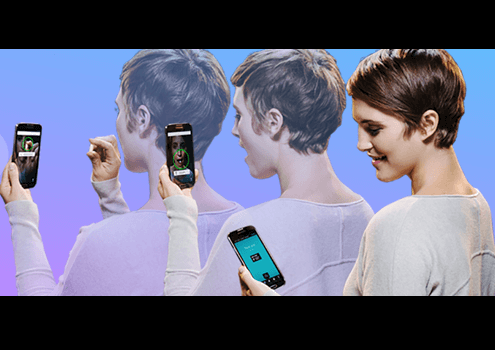 How can you assess the effects of a drug if clinical trial participants do not take it as instructed? And how do you know if a participant has truly taken their medication? Those are the issues many clinical trials face, even potentially leading to a trial failure or the demise of an otherwise useful medication.

“AiCure is applying modern technology to this problem,” Ed Ikeguchi, M.D., CEO of AiCure, told BioSpace. “Our study is the first time anyone quantified intentional nonadherence in clinical trials.”

AiCure’s phone app helps clinical trials keep tabs on which participants have taken their medications correctly and which have not. By analyzing videos the app takes, they can also spot who is intentionally not taking their pills, known as intentional nonadherence.

The company recently published a paper and gave a talk at the Drug Information Association (DIA) conference on June 15th about just how bad of a problem intentional nonadherence is.

How can you make sure participants take their pills?

Clinical trial researchers can invite their participants to use AiCure’s phone app. The app tracks the participant’s medication intake and uses the front camera on their phone to record a video of them actually taking the pill.

“The AiCure app helps participants stay true to the protocol regimens,” explained Ikeguchi. “It provides daily pill reminders and walks participants through the stepwise process of taking the medication.”

Using artificial intelligence (AI) and machine learning, it goes through the video frame by frame, recognizing the participant’s face (to ensure the right person is taking the medication), the pill (to make sure they’re taking the right pill), that they’ve put the pill on your tongue, that they’ve swallowed it using a clear glass of water, and that it isn’t under their tongue or in their cheek after they’ve taken it. Check out a video of how it works on AiCure’s website.

What is intentional nonadherence and how do you measure it?

It is actually fairly easy to tell if a participant is being intentionally or unintentionally non-adherent using the app. If a participant accidentally misses a dose, they tend to not even open the AiCure app or record their dosage at all. Instead, intentional adherence can be detected by studying the video recorded of the participant taking their pill. 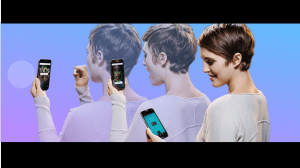 A participant may also go through the steps of the app but take their face out of the phone camera’s field of view, preventing it from capturing them taking (or not taking) the pill.

“Their video is flagged, but we can’t determine the outcome,” explained Ikeguchi. “If we see enough of these occurrences from the same participant, they usually show up with no traces of the study drug in their blood, so there is some correlation.”

Why would someone intentionally not adhere to a study medication schedule?

This is a particularly puzzling issue – why would someone go through the trouble of being non-adherent to a drug dosing schedule when they actively chose to participate in the clinical trial in the first place?

“Adherence is a complex problem,” said Ikeguchi. “It touches on all sorts of socioeconomic factors, duration of medical regimens, chronicity of disease. We are trying to understand participant behavior of a multifactorial problem.”

The company is currently pursuing answers to this question through a study in partnership with Tufts Medical Center. They are asking intentionally non-adherent participants why they were non-adherent.

There have been a range of reasons so far: ‘I thought I was on the placebo.’ ‘The medication wasn’t making me feel better, so I wasn’t going to take it.’ These participants weren’t all healthy or mildly sick either – some had severe, chronic diseases, like multiple sclerosis (MS), making their nonadherence even more intriguing.

How big of a problem is intentional nonadherence?

Of the approximately 50 worldwide studies that have used the AiCure app, the company focused on 23 studies in their recently published paper in Therapeutic Innovation & Regulatory Science. They examined almost 260,000 observations from almost 3,000 study participants for intentional nonadherence events.

So, just how big of a problem is intentional nonadherence? The results were stunning:

In general, participants in late stage (phase II or III) trials, long duration trials, or enrolled in trials in certain geographic locations were more likely to be intentionally non-adherent.

What can be done to deal with intentional nonadherence?

Because that first dose can be so telling about a participant’s future nonadherence, potential participants can be screened prior to officially enrolling in the trial. A participant could use the AiCure app to take a placebo for a few weeks before being randomized into a treatment group. Their tendencies would be tracked, looking for ‘red flag’ behaviors.

By identifying who is at risk of being intentionally non-adherent, researchers can choose to only randomize adherent participants into treatment groups. This is called an enrichment strategy because separating out the non-adherers before treatment will enrich for the participants who will take the drug, allowing for its effects to be accurately measured. Enrolling non-adherers into their own group is another option, allowing researchers to study the drugs safety or side effects without tracking its efficacy.

How could this impact future clinical trials?

Identifying and parsing out intentional nonadherence is a win on multiple aspects. It will clean up trial data so researchers can be confident that they are assessing the outcomes they expect to because the participants followed the protocols.