How Can We Engage Patients and Physicians in the “Next Big Thing?”

Looking past COVID, the medical world is in turmoil. It’s hard enough for us in manufacturing and marketing to keep up with innovative technologies. Patients and caregivers have it especially tough since they are on the brunt end of disruptive innovations. Every day, patients face a ceaseless onslaught of sort of truths, half-truths, and flat-out lies about their healthcare, and HCPs no sooner graduate from med school than they discover much of their training is obsolete.

Let’s start with patients. If we learned anything from COVID, it’s that we must confront the fanatic and dogged resistance to vaccination. The issue isn’t so much that vaccine refusal (let’s ditch the “hesitancy” euphemism) will leave us exposed to yet another COVID variant or even that some other fearsome pestilence will emerge. The problem is that medicine’s future belongs to vaccines.

The new mRNA technologies are safer, and more effective than traditional approaches. Example: for years, attempts to create a vaccine for respiratory syncytial virus (RSV) have failed. Now, it’s possible that an m­RNA-based vaccine may prevent this dreaded childhood disease that hospitalizes millions of children yearly. (If, of course, the antivaxxers don’t have their way.)

Another example: vaccines may soon be an effective treatment for organisms like Staphylococcus aurueus, which are increasingly resistant to antibiotics. Wouldn’t it be great if we could prime our immune system to fight off these pathogens without relying on antimicrobials? Who knows, we’ll even invent vaccines that can prevent Alzheimer’s – or heart disease. Unfortunately, as we earned during 2021, many people would rather drink bleach than roll up their sleeves for a shot.

Vaxiphobia is nothing new. When smallpox threatened Boston in the early 18th century, preventive inoculation with pus from infected individuals was proposed as a way to mitigate disease severity. The idea was mocked. Yet records indicate that of Bostonians who were inoculated, only 1 in 40 died, versus a 1 in 7 mortality rate among those who contracted the disease naturally. Many years later, Edward Jenner developed a better treatment using cowpox. Yet he too was jeered.

Since then, we’ve had successes (polio, diphtheria, etc.), but also setbacks. Gardasil, the human papilloma virus (HPV) vaccine, has the potential to virtually eliminate cervical cancer. Despite a brilliant launch campaign, the antivax lobby spread the lie that protecting children from STDs would actually encourage them to become sexually active. Although Gardasil and its successors are remarkably effective, HPV vaccination rates are still only about 55 percent, showing how difficult it is to overcome vaccine slanders.

Sure, we ran dozens of PSAs during the pandemic. But exactly what did they accomplish? 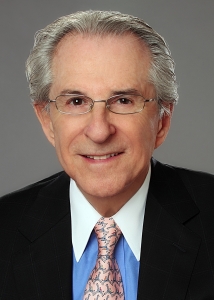 What about doctors? Sure, they’re 100 percent behind vaccines. But how will they react when confronted by a completely innovative approach to medical care? One that’s not in their wheelhouse? I’m thinking of the recent FDA approval of video games to treat diseases such as ADHD.

Digital therapeutics, as they’re called, may soon spill over into the treatment of PTSD, autism, and substance abuse. And from there, why not migraine or other miseries? The prospect of therapies that don’t come in capsules may not appeal to every clinician. Unlike vaccines, therapeutic software could be disruptive to traditional medicine. It’s hard to see how physicians could retain the degree of patient control and responsibility that is so unique to their profession. Do you think doctors will enjoy replacing their SSRIs with URLs?

Here’s what I do believe: Marketers have their work cut out for them. Challenging times still lie ahead!