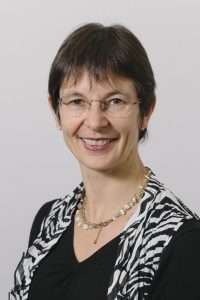 By Jane Reed, director of life sciences at Linguamatics, an IQVIA company

The recent 20th anniversary of the groundbreaking “To Err is Human” report that launched the modern patient safety movement is cause for reflection on the healthcare industry’s past and future efforts to reduce medical errors and preventable deaths.

While progress has certainly been made in some areas over the last two decades – the widespread digitization of patient records immediately comes to mind – the industry still falls short in many areas, including drug safety.

For example, a recent report on patient safety by the World Health Organization (WHO) found that unsafe medication practices and medication errors harm millions of patients and costs billions of dollars every year. According to the WHO, unsafe medication practices and errors, such as incorrect dosages or infusions, unclear instructions, use of abbreviations and inappropriate prescriptions, are a leading cause of avoidable harm in healthcare around the world.

Similarly, the drug development process is fraught with potential shortcomings. While these issues may not always lead to direct patient harm, problems associated with cost, time and effectiveness can take a toll on pharmaceutical companies’ operations. A few industry statistics illustrate the problem:

• Almost 90% of drugs that start testing in patients don’t reach the market because they are unsafe or ineffective
• The cost of bringing a drug from discovery to market launch is $2.9 billion
• On average, it takes 12 years to bring a new drug to market

Any improvement in the drug development process relies on making best use of the available data. This is where Natural Language Processing (NLP) technology can make a big difference for pharmaceutical companies. If we look at how some of the leaders in the industry are currently using NLP to base their development processes on better data, we can see a glimpse at how drug safety may change over the next 20 years.

The Value of NLP for Pharma

NLP holds the potential to deliver tremendous value for drug safety by automating text mining, enabling pharmaceutical companies to uncover valuable information hidden among troves of unstructured data. Text mining is the process of examining large collections of documents to discover new information or help answer specific research questions. NLP is an AI technology that automates text mining; in essence the computer “reads” text by simulating the human ability to understand concepts, relationships, and context, facilitating the analysis of unlimited amounts of text-based data without fatigue in a consistent, unbiased manner.

NLP holds particular relevance for healthcare and pharma, both of which are awash in unstructured data. While the industry has made great progress in digitizing data over the last decade or so, about 80% of medical data remains unstructured and difficult to access after it is created.

At all stages of the drug development process – from early discovery through post-market – safety information may be gleaned from unstructured text, including internal safety reports, scientific literature, individual case safety reports, clinical investigator brochures, patient forums, social media and conference abstracts. Within these documents, NLP finds key safety information, such as adverse events, safety signals, dosage information, animal model or clinical study and other relevant contexts. NLP then transforms all of this text into actionable structured data that can be rapidly visualized and analyzed at every stage of the safety lifecycle.

How better data will improve the future of drug development

Looking forward to the next two decades of patient and drug safety, we can see some emerging trends that offer hints at how the pharmaceutical industry will evolve in the future. Following are three ways that the drug development process is likely to be enhanced in the not-so-distant future.

1. Better use of real-world data: Today we have access to a wealth of real-world data sources that pharmaceutical companies generally could not access decades ago, including electronic health records, wearables, social media and remote-patient-monitoring devices. All this information empowers pharma companies to better understand the characteristics of certain patient populations, assess risk and identify adverse events, helping to separate the signal from the noise amidst vast amounts of healthcare data. In the future, the industry is likely to leverage an even wider array of data. And integration of these broad data sets will have significant impacts on research and development.
2. Replacement of animal models with human mimics: Much of the early testing of a drug in development occurs in animal models, but that is already changing and likely to continue. Overall, the industry is in the early stages of research to develop human tissues and organs for lab testing of efficacy and safety, and this should be an increasingly exciting area in the coming decades. For example, Roche is already developing what it calls “organ-on-a-chip” technology, which enables researchers to screen drug candidates in a very early stage for efficacy and toxicity. According to Roche, the technology is made possible by 3D cell culture, microfluids and 3D printing technologies that allow the cultivation of cells from patients who reflect a disease genotype or phenotype.
3. Advances in predictive analytics: As pharma companies expand their sources to produce wider sets of data, predictive models that indicate how compounds behave in patient groups will improve. By feeding better, more comprehensive data into predictive models, pharma companies will be more equipped to predict the risk of adverse events in specific patient populations. Among other functions, predictive models can be used to identify previously unrecognized risks in pharmacovigilance reports, predict the relationship between exposure to an investigational drug and the risk of adverse events, and quantify whether safety signals observed in first-in-human studies were likely the result of chance or the compound under investigation.

Since the release of “To Err is Human”, advances in drug and patient safety may have in some ways been slower than hoped, but the industry will no doubt build on its progress in the coming decades. For drug companies, progress will likely translate to lower development costs, quicker time to market and higher rate of success in commercializing investigative compounds. Getting there will require better data and advanced tools such as NLP to unlock the value of that data.