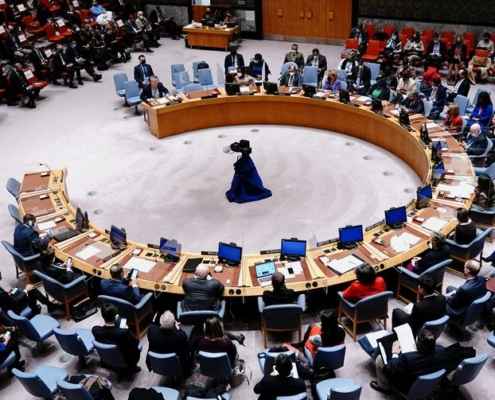 Hundreds of thousands in Ukraine cut off from aid, U.N. says

GENEVA, March 7 (Reuters) – Hundreds of thousands of people inside Ukraine have been cut off from life-saving aid due to the military encirclement of cities, a U.N. report said on Monday, calling urgently for safe passage.

Attempts are under way to create humanitarian corridors after two days of failed ceasefires intended to let civilians flee. Such routes are also critical for bringing aid such as water, food and medicine.

“Reliable and predictable ‘windows of silence’ and ‘safe passage’ are urgently needed to relocate people whose lives are at risk and provide life-saving humanitarian relief supplies,” said a bulletin from the Office for the Coordination of Humanitarian Affairs (OCHA) on Monday, based on information received through to Sunday.

Russia on Monday announced new corridors leading to Russia itself and its ally Belarus, a move denounced by Kyiv as an immoral stunt. read more

OCHA said U.N. agencies, humanitarian partners and the Ukrainian government were ramping up relief activities inside the country but could not reach some of those most in need. 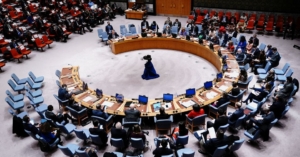 In Kherson, southern Ukraine, about 30 trucks stocked with aid have been unable to enter due to ongoing clashes, OCHA said.

In other places, supplies of water and essential medicines were running out, including at a psychiatric hospital in Borodianka, about 60 kilometres (37 miles) from Kyiv, which has hundreds of patients with some requiring round-the-clock assistance.

Oxygen reserves for COVID-19 patients and others were also running “desperately low”, and clashes have shut off gas supplies to hundreds of thousands of households, it said.