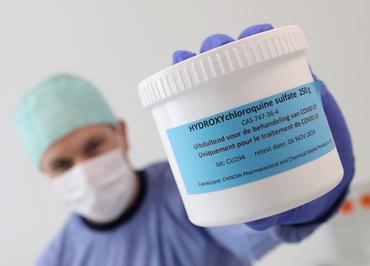 NEW YORK (Reuters) – The anti-malaria drug touted by U.S. President Donald Trump as a COVID-19 treatment was ineffective for patients with a mild version of the disease in a study conducted by researchers at the University of Minnesota.

About 24% of the patients given hydroxychloroquine in the study had persisting symptoms over a 14-day period, while roughly 30% of the group given a placebo were determined to have persistent symptoms over the same period.

The difference was not statistically significant, the researchers said.

“Hydroxychloroquine did not substantially reduce symptom severity or prevalence over time in non-hospitalized persons with early COVID-19,” the researchers wrote in an article to be published in the Annals of Internal Medicine journal on Thursday.

The randomized, placebo-controlled study was conducted on 491 non-hospitalized patients. Owing to test shortages in the United States, only 58% of participants were tested for the disease.

Although it was not an endpoint of the study, five individuals who were given hydroxychloroquine were hospitalized or died because of COVID-19, compared with eight people given a placebo.

The study “provides strong evidence that hydroxychloroquine offers no benefit in patients with mild illness,” Dr. Neil Schluger of New York Medical College said in an commentary on the study, also scheduled to be published on Thursday.

Vocal support from Trump raised expectations for the decades-old drug. In March, Trump said hydroxychloroquine used in combination with the antibiotic azithromycin had “a real chance to be one of the biggest game changers in the history of medicine” with little evidence to back up that claim. He later said he took the drugs preventively after two people who worked at the White House were diagnosed with COVID-19. 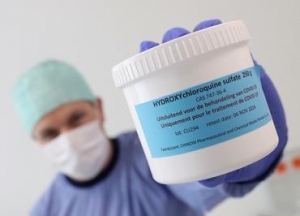 But several placebo-controlled studies suggest the drug is ineffective to either treat or prevent the disease.

“There’s just more and more data accumulated that hydroxychloroquine, at least alone does not really have any effect,” said Dr. David Boulware, the senior investigator of the trial at the University of Minnesota. “Most sort of sensible people have started to move on and really look at other therapies.”

U.S. shatters coronavirus record with over 77,000 cases in a day
Scroll to top
Posting....