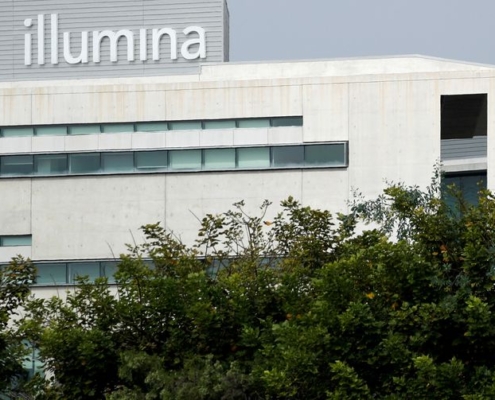 (Reuters) – Genome sequencing group Illumina (ILMN.O) on Tuesday launched a cancer test in Europe that checks for a wide range of tumour genes in one tissue sample, potentially helping patients with rare diseases to be matched up with treatment options.

The test, which Illumina says scans for more mutations than any available kits, comes amid drug industry efforts to develop precision oncology drugs for ever smaller patient groups defined by a genetic profile. This has created pent-up demand for more sophisticated diagnostic tools.

For instance, it reads out a patient’s mutational burden score and microsatellite instability status, which cancer researchers have said indicate the need to be given immune drugs such as Merck & Co’s (MRK.N) Keytruda.

Also included is the TRK mutation, which is a genetic driver in less than 1% of cancers and, due to its rarity, often goes untested even though Bayer’s (BAYGn.DE) Vitrakvi and Roche’s Rozlytrek are available as approved treatments. 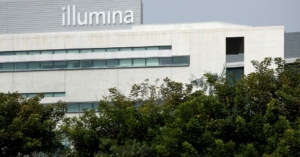 One of the office complexes of Illumina, Inc is shown in San Diego, California, U.S., October 9, 2020. REUTERS/Mike Blake

Bayer has said it was struggling to encourage physicians to diagnose patients that qualify for the niche drug.

“Consolidating all of the critical biomarkers into a single comprehensive test improves the chances of identifying treatment options that would otherwise require time-consuming sequential gene tests from multiple biopsy procedures,” Illumina said.

The launch comes as Illumina is struggling to win over EU antitrust regulators for its planned $8 billion bid for Grail Inc (GRAL.O), which is working on blood tests to diagnose early stage cancers. read more

Illumina said it was preparing to file for U.S. regulatory approval for the test kit later this year.

Access to the European medical devices and diagnostics market is easier because manufacturers routinely go through a process of self-certifying that their products function as stated, without a regulator as gate-keeper.