By Dean Erhardt, president and CEO of D2 Consulting 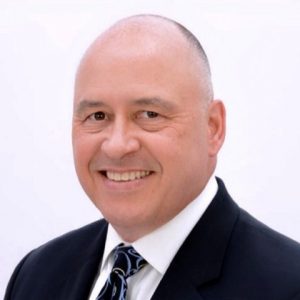 A surge of U.S. policymakers and payers are endeavoring to shift providers’ financial incentives from those that pay for fee-for-service and greater volume of care to those that pay for high-value care. While there are some who resist this change, the die is cast as value-based contracting is delivering benefits to those who pay the bills.

Value-based purchasing is a key component of the Affordable Care Act of 2010 and the Medicare Access and CHIP Reauthorization Act of 2015 which encourage providers to participate in risk-bearing arrangements and institute programs that base Medicare reimbursement on patient clinical outcomes measures, such as hospital readmission rates. Similarly, private payers have implemented performance-based incentive programs and risk-sharing arrangements for hospitals and physicians.

The challenge for those making the transition is to adopt strategies that will enable them to hit the ground running so that, as they adapt, they can continue to deliver optimal care and outcomes. 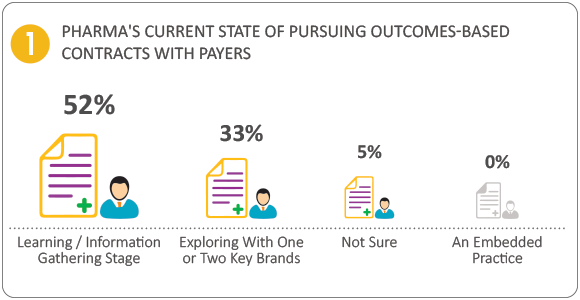 An outcomes-based or value-based contract blueprint should offer strategies and guidance for successful negotiations that respond to changes resulting from regulatory and market pressures to reduce cost without compromising safety and quality.

While value-based care with value-based contracting is touted as a solution to the challenges of affordability and sustainability in today’s marketplace, the operational complexity of implementing these types of arrangements, as well as the financial risks for manufacturers, must be carefully evaluated and navigated.

Many companies are averse to the opportunity and forego meaningful revenues, but the key to success lies in optimizing a strategy to show the value of a product to each health plan/payer, circumventing risk, and driving optimal reimbursement.

Given the paradigm shift and growing calls for innovative approaches to commercialization, pricing, and reimbursement, stakeholders should seek a commercial services partner with expertise in the legal and business details surrounding commercial or government arrangements for payers. The right partners can also guide manufacturers on how to demonstrate flexibility and communicate their understanding and appreciation of stakeholder expectations.

Outcomes- or value-based contracting represent an opportunity and stakeholders should seek the knowledge, expertise and experience they need to achieve measurable results.

Why switch to outcomes-based contracts?

High drug prices have sparked increased interest in outcomes-based contracts, which tie rebates and discounts for expensive pharmaceutical products to the outcomes observed in the patients and make it possible for insurers and health care systems to improve value. Under these contracts, purchasers pay more for a drug when it effectively leads to improved outcomes and less when it does not meet expectations.

Under an outcomes-based contract between a pharmaceutical manufacturer and a payer, reimbursement for a drug is based in part on outcomes of the drug’s use in a patient population. Instead of the payer covering all prescriptions at a single price, the initial price remains if a specified percentage of patients achieves the determined outcome. If the outcome goal is not met, however, the manufacturer refunds some of the original price to the payer.

Benefits include the opportunity for payers to prevent wasted resources on expensive drugs that fail to translate in the real world.

For pharmaceutical manufacturers and purchasers, they have an opportunity to provide an alternative option to closed formularies, in which drugs can remain on the formularies in exchange for outcomes guarantees. In such cases, manufacturers retain sales volume and purchasers share the risk of low-value spending with manufacturers. This can lead to increased coverage of medicines for patients.

A clinical trial involving sacubitril/valsartan (Entresto) showed a 20 percent relative risk reduction in death or hospitalization (21.8 percent versus 26.5 percent in the comparison group). In 2016, Novartis disclosed that it had established separate deals with multiple private insurers — such as Harvard Pilgrim, Cigna, and Aetna — to provide additional rebates if a higher level of hospitalizations occurred. In return, sacubitril/valsartan was given preferred formulary status. This meant that patients had lower copayments and overall prescribing of the drug was expected to rise.

Another example involves evolocumab (Repatha). The manufacturer, Amgen, reported contracts in which up-front discounts were given with the promise of additional rebates if patients did not experience reductions in LDL cholesterol comparable to those observed in the drug’s preapproval clinical trials. This arrangement helped ensure that the insurer would cover the drug and, in some cases, give it preferential formulary status.

There have been more than 25 publicly announced outcomes-based contracts in the United States, while others exist but remain confidential.

Outcomes-based contracts don’t apply to most drugs in the near term because of outcomes measurement limitations and electronic health records and lab values that remain difficult to access for analysis.

In the case of evolocumab, for example, using LDL cholesterol as an outcome metric required that payers retrieve lab data streams from electronic health records – a costly, labor-intensive administrative requirement. This limits the range of drugs for outcomes-based contracts. Such contracts might deliver limited value because the actionable outcomes are restricted to those that can be measured in the short term.

A low hemoglobin A1c level, for example, is a common measure of diabetes control, but many drugs that slightly reduce this number lack evidence associated with improvements, such as reductions in diabetes-related cardiovascular death. However, because hemoglobin A1c can be easily measured and may change over a few months, it could be chosen as the basis for a contract.

Some payers state they have negotiated meaningful rebate differences in outcomes-based contracts – creating the potential for real savings. On the other hand, some payers state that the rebates they would receive for unmet outcomes would not be enough to offset the increase in costs associated with collecting and analyzing the data. Keep in mind that brand-name pharmaceutical manufacturers set the price of their drugs under market conditions and can raise a drug’s initial price to account for the possibility of an outcomes-based rebate.

Despite rebate levels, contracts would not affect patient out-of-pocket costs. Patient costs occur at the point of sale, while the contracts provide retrospective rebates from manufacturers to the payers that might be calculated months after the prescription is filled.

Again, these are still regarded as the early days in the shift toward value-based approaches to healthcare. As outcomes-based contracts build momentum, it will be important to consider potential ways to allow patients to share in the savings.

Outcomes-based pharmaceutical contracts could potentially move spending toward more effective treatments, but they are not likely to lower spending on a broad scale, given the limits on their applicability and meaningful metrics. The contracts apply only to a limited subset of drugs and are mostly linked to measures that do not directly reflect patient health outcomes.

It remains to be seen if rebates will result in lower drug prices, especially if they are folded into the pre-rebate price. What’s more, there is scant information for evaluating the model’s impact, in part because these contracts are typically limited to the private insurance market.

In the case of contracts between manufacturers and health plans that include private plans administering Medicaid and Medicare, price and health outcomes data would need to be kept confidential but rigorously and independently analyzed. Also, an outcomes-based contracting pilot would have to be voluntary until more public information on its implications becomes available.

For now, high costs of new brand-name drugs will continue to constrict the budgets of public and private payers and pocketbooks of patients – usually with no additional health benefits. Inevitably, as interest in value- and outcomes-based pharmaceutical contracts grows, questions will revolve around their ability to effectively improve quality or generate true savings. Testing outcomes-based contracts in Medicare and Medicaid populations could serve as the first significant step toward determining whether the contracts can create real improvements in the value of pharmaceutical care.