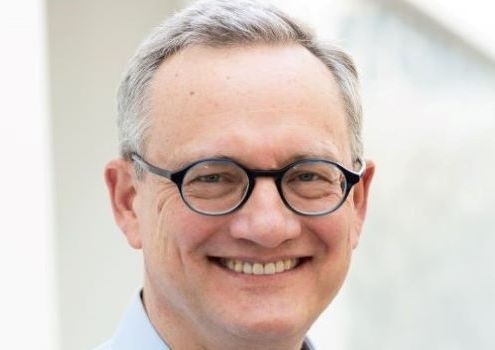 Intellia Therapeutics and Regeneron Pharmaceuticals shook the biotech and CRISPR world on Saturday, announcing positive early data from the first-ever patients to have their DNA edited with an in vivo CRISPR/Cas9 therapy delivered systemically.

The interim results from the phase 1 study presented at the Peripheral Nerve Society (PNS) Annual Meeting, demonstrated that the therapy, NTLA-2001, greatly reduced the disease-causing protein after a single infusion. The robust efficacy data came with an encouraging safety profile as no serious adverse events were observed in the first six patients as of day 28. The results were simultaneously cemented in history in the New England Journal of Medicine.

“These are the first ever clinical data suggesting that we can precisely edit target cells within the body to treat genetic disease with a single intravenous infusion of CRISPR. The interim results support our belief that NTLA-2001 has the potential to halt and reverse the devastating complications of ATTR amyloidosis with a single dose,” said Intellia President and Chief Executive Officer John Leonard, M.D.

In premarket trading on Monday, shares of Intellia surged to 52%. They now sit at a gain of more than 60%. Regeneron saw a small 3% bump, with competitors CRISPR Therapeutics and Editas Medicine also picking up points.

NTLA-2001 is being developed to treat hereditary transthyretin amyloidosis (ATTR) amyloidosis, or ATTR, a life-threatening rare protein misfolding disorder caused by a specific mutation in the transthyretin (TTR) gene. The proteins, which normally dissolve, fold over on themselves, causing a whole host of problems.

Patients experience damage to the nerves (polyneuropathy), kidneys, and eyes, and can suffer from cardiomyopathy (ATTR-CM) when the protein mistakenly deposits in the heart.  Hereditary ATTR effects approximately 50, 000 people worldwide, and the prognosis is bleak, with a typical life expectancy of 2-15 years from the onset of symptoms.

Though preliminary, the data couldn’t have been much more confirmatory of the method. Based on six patients with hereditary ATTR amyloidosis with polyneuropathy (ATTRv-PN) treated with NTLA-2001, a single 0.3 mg/kg dose of NTLA-2001 led to an 87% mean reduction in serum TTR, with a maximum 96% serum TTR reduction by day 28.

The results were dose dependent, with mean reductions of 52% in three patients receiving 0.1 mg/kg and a stronger 87% for the three patients in the 0.3 mg/kg dose group – including one who experienced a 96% reduction. In contrast, standard-of-care treatments typically generate TTR reductions of approximately 80%.

Alnylam’s Onpattro (patisiran), is considered to be the standard of care for hATTR. In 2018, it became the first RNAi) therapeutic approved by the U.S. Food and Drug Administration (FDA). Pfizer’s Vyndaqel and Vyndamax are the first FDA approved treatments for the treatment of wildtype or hereditary ATTR-CM.

While these are both groundbreaking advances in a disease which recently had few therapeutic options, NTLA-2001 could potentially be curative for ATTR. 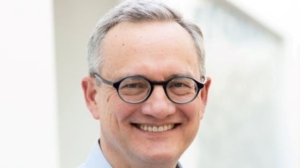 As Intellia’s chief medical officer, improving the quality of life for patients is Dr. David Lebwohl’s number one priority.

“For patients, what we saw with the 87 percent reduction and 96 percent in one patient is that the results are already in a spot that are looking better than what’s currently available. Getting to those deeper reductions is going to make a difference in terms of the benefit that patients have, whether it’s more mobility for polyneuropathy patients or better strength for the heart failure patients,” he said.

The results could also have a big impact on informing the path for other in vivo gene therapies currently in development.

“It’s also a big moment because it’s the first time there has been in vivogene editing, and it means something not only for this drug, but for lots of future drugs that that we want to develop and that others are working on. So it’s a wonderful moment that way,” Lebwohl said.

One of these is Intellia’s second in vivo knockout therapeutic candidate, NTLA-2002, which is being developed for hereditary angioedema (HAE). HAE is a rare and potentially life-threatening genetic disease caused by an overproduction of the inflammation-promoting peptide, Bradykinin, which leads to unpredictable and severe swelling attacks. This can be particularly dangerous if the swelling occurs in the larynx.

For ATTR, Intellia will continue to monitor the current trial and refine the dose, including in a dose escalation study that is already underway treating patients at 1mg/kg. The company is also looking at assessing the therapy in a broader range of patients with ATTR amyloidosis, including those with cardiomyopathy.

Lebwohl said that Intellia will now begin speaking with the FDA to establish the path forward to registration.

New York takes Teva, McKesson, others to trial over opioids
Scroll to top