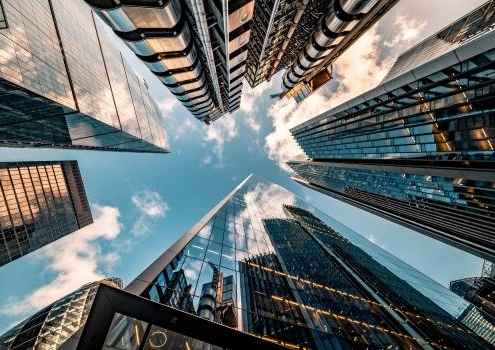 Generally, 2022 has been a slow year for biotech investment. Despite the current stock market plunge, however, the space does appear to be showing signs of life. Although there has been relatively less activity in terms of mergers and acquisition and initial public offerings, venture capital firms have been more active.

“It’s been a challenging environment in the last few months,” Jeffrey Tong, Ph.D., venture partner at Third Rock, told BioPharma Dive. “But on the company creation side … we just have a very loyal base of [limited partners] who are investing across a long-term time horizon.” “An important differentiator for Third Rock is the strength and maturity of our ideation ecosystem,” Huber said in a statement. “Our discovery pipeline is as robust as it has ever been, and with our established and proven model for integrating deep scientific and medical expertise with operational and business acumen, we are uniquely positioned to advance these innovations to patients.”

With the new fund, Third Rock indicated it plans to “invest in groundbreaking new companies from in the broader biotech ecosystem that are strongly aligned with Third Rock’s mission and strategy.”

Abbie Celniker, Ph.D., partner at Third Rock, said, “We believe that people are our greatest asset, and we invest significant effort and resources to ensure we hire the best people at Third Rock and across the portfolio. The internal team at Third Rock consists of ideators, experienced company builders, technology developers and domain experts critical to the success of developing companies.”

Third Rock has enjoyed recent success. On Friday, June 10, one Third Rock company, Fulcrum Therapeutics, announced clinical proof-of-concept data from the ongoing Phase Ib study of FTX-6058 for sickle cell disease (SCD). The data included results from the first patients to receive a 6 mg dose of the therapy, an oral HbF inducer. It demonstrated a rapid and robust induction of HbF.

On June 1, another Third Rock company, Asher Biotherapeutics, announced a clinical trial collaboration and supply deal with Merck for a Phase Ia/Ib study pairing AB248, Asher’s CD8-targeted interleukin 2 with Merck’s checkpoint inhibitor Keytruda (pembrolizumab) in locally advanced or metastatic solid tumors, including melanoma, renal cell carcinoma, non-small cell lung carcinoma and squamous cell carcinoma of the head and neck. The trial is expected to launch in the second half of this year. To innovate, biotechs must choose efficiency over expedience WHO to rename monkeypox due to stigma, discrimination
Scroll to top