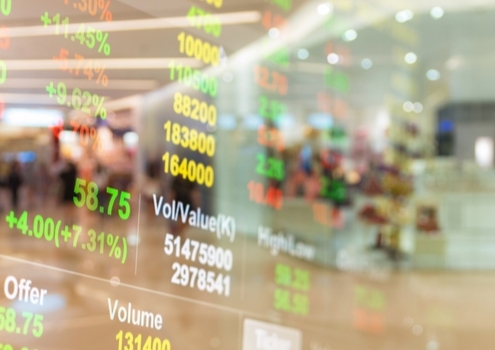 Shares of Insmed are skyrocketing after the company posted positive Phase II results for INS1007 as a potential treatment for adults with non-cystic fibrosis bronchiectasis (NCFBE). The company’s stock is up more than 36% in early trading today.

The Phase II WILLOW study met its primary endpoint of time to first pulmonary exacerbation over the 24-week treatment period for both the 10 mg and 25 mg dosage groups of INS1007 compared to placebo, the company announced this morning. Specifically, the study showed that patients treated with INS1007 experienced a 36% reduction in the 10 mg arm and a 25% reduction in the 25 mg arm versus placebo. Change in concentration of active neutrophil elastase (NE) in sputum versus placebo from baseline to the end of the treatment period was also statistically significant, the company added.

INS1007 was generally well-tolerated in the study, with low discontinuation rates, Insmed noted. The company plans to present detailed study results from the WILLOW study at an upcoming medical meeting.

Martina Flammer, chief medical officer of Insmed, said the Phase II molecule represents a potentially first-in-class mechanism that utilizes an anti-inflammatory approach to treat the debilitating cycle of inflammation, infection, and lung damage associated with NCFBE, a severe and chronic pulmonary disorder. In NCFBE, the bronchi become permanently dilated due to a cycle of infection, inflammation, and lung tissue damage. The condition is marked by frequent pulmonary exacerbations requiring antibiotic therapy and, sometimes, hospitalizations. NCFBE affects approximately 340,000 to 520,000 patients in the United States. There are no approved therapies specifically targeting NCFBE.

Not only did INS1007 achieve its primary endpoint and a key secondary endpoint in the WILLOW trial, Flammer said investigators also saw “significant reductions in sputum neutrophil elastase, an important biomarker that reflects the mechanism of action of INS1007.” The data provides a “strong rationale” for continued development in the disease, as well as in other neutrophil-driven inflammatory conditions, Flammer said.

Will Lewis, chairman and chief executive officer of Insmed, added that the results from the Phase II trial validates the company’s business and clinical development capabilities.

“With INS1007, Insmed has a unique and significant opportunity with a potential first-in-class therapy for NCFBE. There are currently no approved therapies specifically targeting this severe and chronic pulmonary disease in the United States, Europe, or Japan,” Lewis said in a statement.