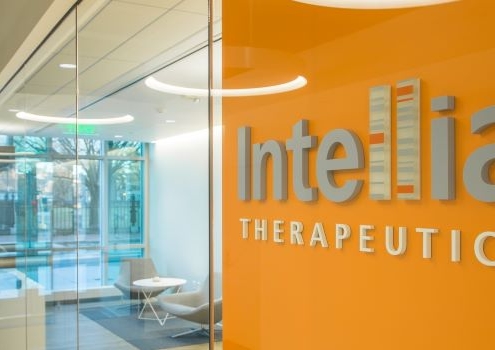 Although the concept of genome editing is just starting to gain traction, it has the potential to revolutionize health care by being able to treat, and in many cases cure, previously difficult-to-treat or untreatable genetic diseases. The traditional concept of genome editing is to load a replacement gene into a dead virus and inject it into the individual. From there, the replacement gene will take over the protein-manufacturing machinery of the cell and begin churning out the normal or healthy gene product.

Intellia Therapeutics, based in Cambridge, Massachusetts, is focused on implementing a full-spectrum genome editing approach, meaning that the company has a pipeline spanning both in vivo and ex vivo therapies to address severe and life-threatening diseases.

Intellia was formed in 2014 with several key scientific founders, including Jennifer Doudna, Ph.D. With Emmanuelle Charpentier, Ph.D., Doudna identified a major improvement in applying CRISPR/Cas9 and remains a leader in the field. The diseases Intellia is focusing on include transthyretin amyloidosis (ATTR), hereditary angioedema (HAE), sickle cell disease, acute myeloid leukemia (AML), solid tumors and others.

In addition to the specific programs, the company’s approach is strategically designed to prepare for what its leadership team believes is a medical paradigm shift on the near horizon. 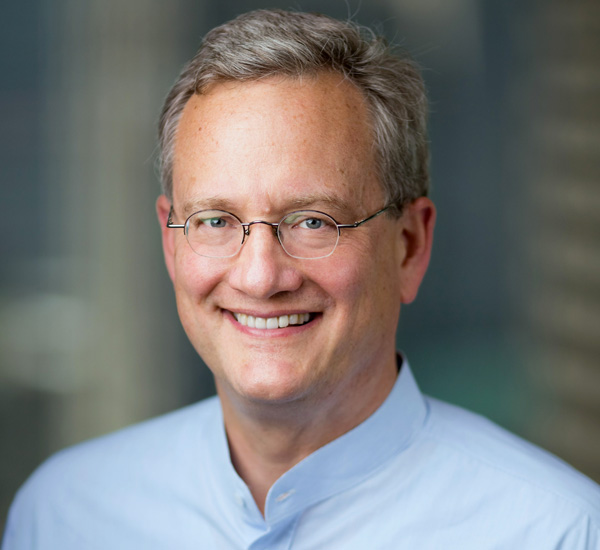 “Much of the disease burden is on a fairly short list of about 100 or so monogenic diseases, but if we’re going to do something about the overall set of conditions, we have to realize there are literally many thousands of them,” Leonard said. “So, it would be ideal to have a system that is very adaptable, even universal in some way so we can think about addressing all of these.”

Another component of that is being aware that genes, broken or normal, function within a complex system. If anyone involved in genome editing wants to modify broken genes, they not only need to find a way to modify genes to behave in the way they want them to, but also in a way that works for the entire system.

As such, Leonard said there are four components of a disease that he believes should be present in order to be eligible for a CRISPR/Cas9 therapy.

First, Leonard says it should be a tractable disorder, which is to say, easy to influence, not embryological in nature. The disorder should have a reversible pathology.

Second, the genetic nature of the disease has to be understood—how it works, why it works and what can be done about it.

“If we’re going to change a complex system, we need to have some concept of what that change does to the whole system in response,” Leonard said.

An example of a complex system is the immune system and how it does or does not react to cancer.

Third, there needs to be target tissue. For example, this is partly why the earliest approved gene therapies were for diseases of the eye. It’s significantly simpler to target a gene therapy to a specific tissue or organ than to genes involved in every tissue in the body.

And fourth, Leonard says, there has to be a way to actually edit the genes in question. For example, CRISPR/Cas9 has the potential to cut a specific gene or sequence out of the genome and replace it with a normal copy or correct gene sequence that has a specific function.

“All four elements need to coexist if we hope to use genome editing,” Leonard said.

The first is to knock out a gene, which is to basically introduce a break in the DNA where the gene is disabled, or excise parts of the misfunctioning gene, removing it entirely.

The second, Leonard said, “is to repair a short sequence, introduce or replace a codon or two.”

And third, take out the gene or gene sequence, and insert it with one that does what you want it to do.

Within those categories, Intellia is focused on two overarching strategies: In vivo and engineered cell therapies (also known as ex vivo). For in vivo, that means CRISPR is the therapy, whereas for ex vivo, CRISPR creates the therapy. The company is using its in vivo approach to target genetic diseases and its ex vivo approach to create immuno-oncology therapies and treatments for autoimmune diseases.

Intellia’s lead in vivo candidate is for transthyretin amyloidosis (ATTR), which is a slow, progressive disease marked by the buildup of abnormal deposits of amyloid protein in the organs and tissues. These result in loss of sensation in the extremities in the peripheral nerves. In the autonomic nervous system, the buildup of deposits can affect blood pressure, heart rate and digestion, as well as the brain, spinal cord and internal organs.

ATTR fits all the categories that Leonard indicated are needed for effective genome editing: The etiology of ATTR  begins in the liver; the causative genes are known, and their expression is isolated to the liver.

“The disease is treatable with a knockout in the liver,” Leonard said. “There are 100 discrete mutations within the ATTR gene. Disabling that one gene should address all underlying mutations, which are expressed in the hepatocytes.”

Intellia’s work in non-human primates has shown that knocking out the gene stops progression of the pathogenic protein, maintaining an average decrease of more than 95% of the serum transthyretin (TTR) protein with sustained liver genome editing after a single dose of NTLA-2001. The company expects to dose ATTR patients with what it is calling the first-ever systematically delivered CRISPR/Cas9-based therapy in the second half of 2020 and is currently working on its Investigational New Drug (IND) application, which it expects to submit to regulators in mid-2020.

Another example of the company’s in vivo approach is for HAE. HAE is a rare genetic disorder marked by recurring and unpredictable severe swelling in various parts of the body. It is the result of increased levels of bradykinin, a protein that leads to swelling. It is mostly associated with a C1 esterase inhibitor (C1-INH) protein deficiency.

Intellia’s modular LNP-based CRISPR/Cas9 delivery system knocks out the kallikrein B1 (KLKB1) gene, which is part of the pathway that releases bradykinin. The company is evaluating several potential guide RNAs and anticipates selecting a development candidate in the first half of the year. This program is subject to an option by Regeneron Pharmaceuticals.

Intellia’s first ex vivo therapy is  NTLA-5001, an engineered T cell therapy development candidate for AML, which targets the Wilms’ Tumor 1 (WT1) intracellular antigen, an over-expressed protein that is often associated with AML. It is a therapy that knocks out and inserts the endogenous T cell receptor with a natural, high-affinity therapeutic TCR. Intellia expects to submit an IND application in the first half of 2021.

In addition to its partnership with Regeneron, Intellia has a research and development pact with Novartis for select CAR-T, hematopoietic stem cell (HSC) and oligopotent stem cells (OSC).

Doudna has said, “We may be nearing the beginning of the end of genetic diseases.”

By leveraging this flexible, modular strategy, Intellia is positioning itself to exploit what is likely to be a paradigm shift in healthcare—not just treating symptoms, but actually modifying or modulating the causes of genetic diseases in order to treat and possibly cure the diseases.

“I fully expect there will be CRISPR/Cas9-edited products to be available to patients and have doctors write these prescriptions  in the next couple years,” Leonard said. “It is coming. It is real and it is on our doorstep.”