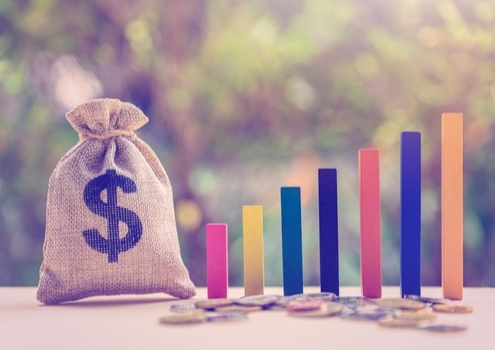 A summit hosted by British Prime Minister Boris Johnson today is expected to set a goal of at least $7.4 billion. The funds will go to global vaccine alliance Gavi, the Vaccine Alliance, which is backed by the Bill & Melinda Gates Foundation, among others. The Gates Foundation is a founding partner of Gavi, which was founded in 1999, and pledged $750 million to establish it.

In addition to backing from the Gates Foundation, Gavi is supported by the World Health Organization (WHO), the World Bank and UNICEF.

According to the WHO, there are at least 133 possible COVID-19 vaccines in development globally. Gavi would assist in global distribution if an effective vaccine is developed.

The funds are also expected to be used to help recovery from the pandemic. GAVI also indicated it is launching an Advance Market Commitment (AMC) for future COVID-19 vaccines to ensure that new vaccines are allocated to poorer countries. The AMC would offer incentives to vaccine makers to invest in large-scale manufacturing capacity even while they’re developing new products and before full-scale trials demonstrate efficacy and safety, GAVI’s chief executive officer Seth Berkley told Reuters.

“GAVI is worried about the low- and middle-income countries,” Berkley said. “The worry we have is that unless we scale up production dramatically right now, and do that at risk, when the vaccines are available, they could be bought up by wealthy countries. We’re trying to put together a facility that has global scope and that will work with manufacturers and help them scale up by saying to them: ‘If you have a successful vaccine, we will buy it.’”

Currently, the companies that are the furthest along in a COVID-19 vaccine are AstraZeneca and the University of Oxford, Moderna and the U.S. National Institute of Allergy and Infectious Diseases (NIAID), Pfizer and BioNTech, CanSino Biologics, Johnson & Johnson, Merck, and Sanofi.

The $7.4 billion raised would fund Gavi’s immunization programs between 2021 and 2025, which would help immunize 300 million children and potentially save 7 to 8 million lives.

The WHO, UNICEF, which is the U.N. children’s charity, and Gavi, have expressed concerns that the pandemic is disrupting routine vaccines globally, affecting about 80 million children less than a year old in 68 countries.

“Historic advances in global health are now at risk of unraveling as COVID-19 causes unprecedented disruption to vaccine programs worldwide,” Berkeley said in a statement “We face the very real prospect of a global resurgence of diseases like measles, polio and yellow fever, which would put us all at risk.”

Johnson called for a “new era of global health cooperation” as he prepared for the summit. “I hope this summit will be the moment when the world comes together to unite humanity in the fight against disease.”

More than 50 countries are participating in the virtual summit, as well as individuals like Bill Gates. As the Manila Bulletin notes, “The pandemic has exposed new ruptures in international cooperation, notably with U.S. President Donald Trump’s decision to pull out of the World Health Organization (WHO).”

At a press briefing on Friday, May 29, President Trump announced he was going to halt U.S. funding and membership in WHO in what he claims is China’s mishandling of the pandemic. On May 18, Trump sent a letter to Tedros Adhanom Ghebreyesus, director-general of the WHO that outlined his views on WHO and demanding the organization “commit to major substantive improvements within the next 30 days.”

Most global health experts believe the decision to leave the WHO during a global pandemic is dangerous.

“This decision is really so short-sighted and ill-advised, and all it does is put American lives at risk,” said Howard Koh, former assistant secretary for health in the Obama administration and now a professor at Harvard’s T.H. Chan School of Public Health.

There is significant doubt on whether the president can unilaterally withdraw from the WHO.

Kelley Lee, a professor of public health at Simon Fraser University, said, “The only situation where he can do this is if Congress had agreed beforehand to give these powers to the president. It is the role of legal advisers to inform the president on what authority he can exert. He is either not receiving good advice or not listening to it.”

If Trump decides to follow through, Congress could sue him in federal court, but in the interim, the U.S. would not be funding WHO until the courts made a decision. Meanwhile, the pandemic continues worldwide.

Gavi vaccinates about half of the children around the world, sharing the costs of immunizations against various diseases such as measles and polio with developing countries. In addition to vaccinations, Gavi helps countries create infrastructure like better supply chains and trains health care workers. Studies have found that for every $1 invested in Gavi immunizations, there is a $21 return in savings from health care costs, lost wages and lost productivity from illness and death.

Pre-announced pledges have already hit 75% of the summit’s goal, with the UK promising $1.65 billion over five years, the U.S. agreeing to $1.2 billion over three years, Norway $1 billion and Japan $100 million.