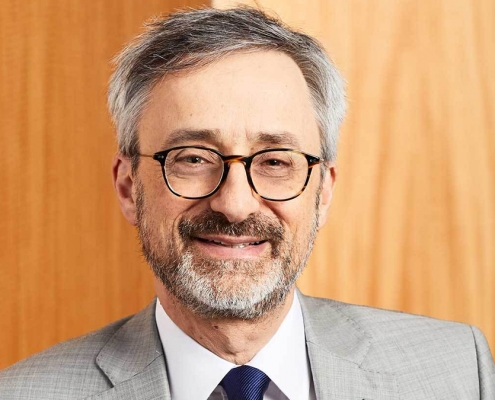 New York, Oct. 21, 2020 (GLOBE NEWSWIRE) —  Interpublic Group (NYSE: IPG) Board of Directors announced today that it has named Philippe Krakowsky as IPG Chief Executive Officer and a member of the Board of Directors, effective January 1, 2021. Michael I. Roth, the current Chairman and Chief Executive Officer will remain in his current role until January 1, 2021 when he will become Executive Chairman of the Board.

Mr. Krakowsky is currently the Executive Vice President and Chief Operating Officer of IPG and the Chairman of IPG Mediabrands, with direct oversight of several IPG companies. 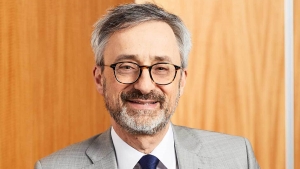 “Philippe is the right CEO for the next era at IPG,” said Roth. “He is a brilliant strategist and effective leader who has played a key role in developing our open architecture client service model, as well as modernizing our data, marketing services and media solutions. Our partnership over the years has been a key factor in our long-term success with both clients and our people.”

“Through his multiple experiences running businesses and corporate functions at IPG, Philippe has built an outstanding track record of delivering growth for clients and IPG. In working with him for these past 18 years, I’ve seen firsthand that Philippe is a values-driven leader who is well-positioned to lead IPG and our clients into a new era of marketing. He cares about people and leads with his head and his heart,” Roth added. 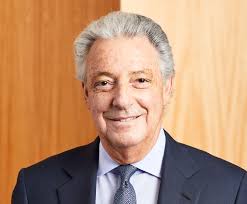 Roth joined the IPG board in 2002 and chaired its Audit Committee until his appointment as Executive Chairman and co-CEO in 2004, and CEO in 2005. During his tenure as CEO, Roth righted the company’s financial course and made IPG an industry leader through organizational and financial restructuring, building a culture of collaboration, and ensuring IPG remained ahead of its peers through the early adoption of data-centric and digital-first tools across the entire organization.

As a result, in each of the past five years, IPG’s growth rate has outperformed the industry average, and total shareholder return has topped IPG’s peer group over trailing one-, three-, five-, and 10-year periods, marking a reliable level of achievement and progress during a time that saw significant change in the industry with constantly evolving market dynamics.

Roth’s tenure is also highlighted by his commitment and investment towards diversity and inclusion as a cornerstone of the organization. Under Roth’s leadership, IPG made diversity and inclusion a key aspect of how IPG’s leadership team and individual businesses are graded and introduced ambitious goals to create long-term culture change. Since Roth began implementing IPG’s formal diversity and inclusion programs, the company has seen important shifts in its workforce for people of color and women; however, as Roth has consistently said, “There is still much work to be done on this front.”

“Michael’s leadership of IPG has been and continues to be outstanding. He has substantially transformed the company and ushered in a new era of modern marketing solutions,” said David Thomas, Presiding Director of the IPG Board of Directors.  “He has taken bold strategic actions to reposition IPG for the future, focusing the company on the right business lines, growing digital and data capabilities organically and through acquisition, all while advancing diversity and employee engagement and setting the industry standard for growth and margin expansion. As Executive Chairman of IPG, Michael will work closely with the Board and with Philippe in his new role and with senior company executives on continuing to manage through changes related to COVID-19 and help shape the future of IPG.”

“Having led one of the great turnarounds in American business, and establishing a strong foundation for its future, Michael has transformed IPG into an industry leader, and the Board is confident that Philippe is the right CEO for IPG’s next phase of continued value creation for all of our stakeholders,” Thomas continued.  “Working with Michael, our multi-year succession process found in Philippe a leader with empathy, operational and management skills, a respect for talent and a vision for a digital-and-data-first marketing company – all of which will guide IPG at this fast-moving time.”

“Philippe operates at that rare intersection of courage, drive and emotional intelligence. He looks to the future and sets ambitious goals for the company and its leaders – and he succeeds because he is a true collaborator who shares success with the team and uplifts them during the hard days. He’s been a strategic partner to me over the past 18 years, helping make IPG the company it is today,” added Roth.

“It’s an honor to be elected as the next Chief Executive Officer of IPG, and I appreciate the confidence that Michael and the Board have placed in me,” said Krakowsky.  “With our people, agency brands, technology companies, and culture, we are uniquely positioned to help our clients solve their toughest business challenges. I am looking forward to working with our fifty-thousand people and all our clients around the world at this unique time, where we are seeing changes in media and consumer behavior accelerate at incredible speed. We have great opportunities ahead to help clients deepen their relationships with their customers, doing so efficiently, creatively and at-scale.”

Krakowsky, 58, is Executive Vice President and Chief Operating Officer for IPG, where he works with the CEO to manage business operations across Interpublic. Philippe is also the Chairman of Mediabrands and oversees IPG’s independent companies Acxiom, Carmichael Lynch, Deutsch, Hill Holliday, Huge, Kinesso, Matterkind and R/GA. During his 18 years at IPG, Philippe has also overseen communications, business development, strategy and talent functions, and he remains the Chief Strategy Officer for IPG. Prior to being named COO at IPG, Philippe also held the role of CEO of Mediabrands, leading the 10,500-person unit that oversees marketing investment for many of the world’s most iconic brands. He has served on the boards of several IPG companies, including Huge and the IPG-backed O’Keefe Reinhard & Paul; he mentors start-ups as part of R/GA’s Accelerator; and he served as interim CEO of FCB for much of 2013, during the agency’s leadership transition. Originally from Mexico, Philippe holds an A.B. from Harvard University. He started his career as part of a team that built and ultimately sold an artificial intelligence software company to Apple Computer.