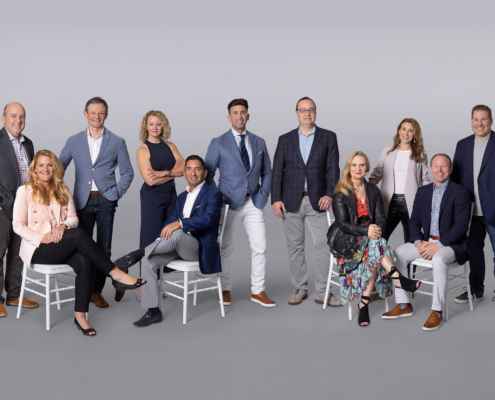 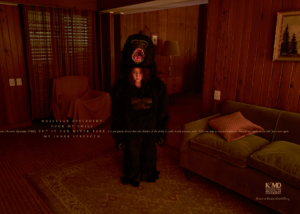 WINNER | Best Rare Disease Campaign
FINALIST | Best Experiential Campaign
Duchenne muscular dystrophy (DMD) affects one in 5,000 newborns – mostly boys. Children with Duchenne, like Conner Curran, are eventually robbed of their ability to walk, breathe, and even smile. Even though MD may steal smiles, it can never steal our fierce determination to fight it with all we’ve got. Through outdoor, social media, and custom-made AR filters, Fierce Against MD helped drive attendance and donations to a record- breaking, live fundraising event.

Intouch’s success did not go unnoticed. In late 2021, Intouch Group was acquired by EVERSANA, the leading independent provider of commercial services to the global life sciences industry. “Over the last 20 years, Intouch has transformed digital engagement and pharmaceutical promotion,” says Faruk Capan, CEO of Intouch. “Imagine what the next 20 years will bring as we set our sights even higher, unafraid to transform healthcare as we know it.”

Management says wherever Intouchers worked, they were successful, leading launches for 28 pharma products and adding 17 new clients and 68 new brands to the roster. Big wins included major assignments in oncology, immunology, cardiology, and rare disease, which the leadership team says solidify Intouch’s position as a partner to 20 of the top 25 pharma companies globally.

To help combat the inequities Black women face in breast cancer treatment, Intouch teamed up with client The Chrysalis Initiative to launch the world’s first digital platform designed specifically for Black women by Black women. The app provides tools for women to navigate their treatment journey and also to rate the care they receive. Intouch drove awareness to the program via its bold “Erase the Line” campaign. Other client projects included “The Last Plaque,” a campaign that envisions the end of plaque psoriasis; “Kindness Over MD,” which employs augmented reality to spotlight a fatal genetic disorder; and “Ticking Lyme Bomb,” a gritty awareness campaign about Lyme disease in urban settings.

Further emphasizing Intouch’s creative chops, celebrated global advertising magazine Lürzer’s Archive recognized Intouch as a Top 5 Creative Agency in the U.S. – and one of the top 15 in the world.

The leadership team says Intouch’s HR team was also hustling in 2021, hiring 560 employees – including 37 “boomerangs,” i.e., employees who leave and then return – bringing headcount close to 1,450. Diversity among employees grew as Intouch purposefully increased BIPOC hiring, resulting in BIPOC employees representing 23 percent of the Intouch workforce by the end of 2021. In the spring, Intouch pioneered the concept of hosting a month-long “Copy School,” pulling new talent into the industry – and into Intouch.

With 200-plus positions open, recruiting and retention were priorities. “Despite the ‘Great Reshuffle,’ we were fortunate to maintain a high retention rate of over 80 percent at the end of 2021,” says Kristi Veitch, executive VP, human resources. “That’s on par with 2019 and 2018, and better than 2017 and 2016! No doubt, that’s thanks to our strong culture,” Veitch adds that Intouch also promoted more than 25 percent of its employees and reached the milestone of paying down more than $1 million in student loan debt through its paydown benefit.

With Intouch’s acquisition by EVERSANA, the combined companies – with more than 40 locations, 5,500 employees, and millions of dollars invested in digital transformation, data, and analytics — are poised to deliver full-scale commercialization to pharmaceutical companies globally, according to the leadership team. Agencies from both firms are integrating, as EVERSANA ENGAGE and Intouch join forces. Both companies and their clients began immediately benefiting from access to digitally driven, patient-centric services designed to solve global pricing, access, reimbursement, promotion, adherence, and product-delivery challenges.

Capan is optimistic – even enthusiastic – about Intouch’s future. “I founded Intouch in 1999 with the belief that there is no challenge too big to cure,” Capan says. “With EVERSANA, our team takes a monumental step forward. Not only will we continue to ensure our clients’ brands are accessible, but now we are able to impact every sector of product commercialization.”

Cassidy adds, “I’m excited by the prospects I see and look forward to achieving great things together.”

Work began in 2021 to develop an all-new philanthropic program, The Give Back, to launch in early 2022. The platform focuses on three pillars of giving: Intouch For Health, Intouch With the World, and Intouch For Justice. A major component of the program includes Intouch’s support of Heart to Heart International’s (HHI) Adopt-A-Lab program. Through the program, Intouch is sponsoring two point-of-care labs at free health clinics in major cities, enabling real-time lab results for patients in underserved communities. “Together with their partners at HHI, Intouch is helping to close the gap on health inequity and expand healthcare access for better patient outcomes,” company managers say. 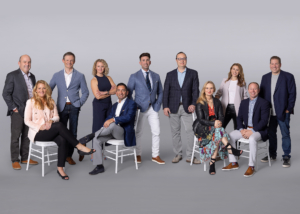