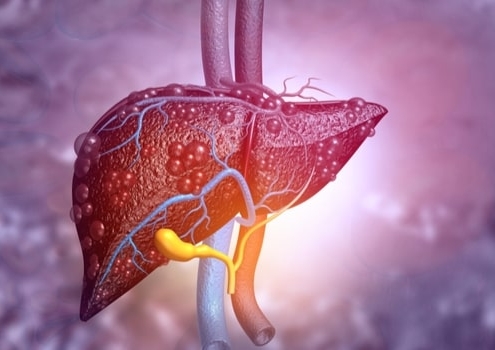 Inventiva, headquartered in Daix, France, received Breakthrough Therapy designation from the U.S. Food and Drug Administration (FDA) for its Lanifibranor for nonalcoholic steatohepatitis (NASH). NASH is a metabolic disease similar to cirrhosis of the liver, but occurs in people who drink little, if any, alcohol.

On October 5, the company announced that it had been chosen to present the results from its 24-week Phase IIb trial of Lanifibranor for NASH in an oral plenary presentation at The Liver Meeting Digital Experience 2020, which will be held virtually November 13-16, 2020. During that clinical trial, the drug met the primary endpoint, demonstrating a statistically significant reduction of the Steatosis Activity Fibrosis score (SAF). The SAF combines evaluations of hepatocellular inflammation and ballooning, with no worsening of fibrosis in the Intention To Treat (ITT1) and Per Protocol populations (PP2).

The drug achieved statistically significant effects on NASH resolution within fibrosis growing worse and fibrosis improving with no worsening of NASH. These are both primary endpoints relevant to the FDA and the European Medicines Agency (EMA) for accelerated approval during future Phase III clinical development.

Breakthrough Therapy designation is intended to expedite the development and review for drugs for serious or life-threatening conditions. To qualify, drugs have to demonstrate preliminary clinical evidence that they can substantially improve at least one clinically significant endpoint over therapies that are currently available, or over a placebo if there are no approved therapies.

The Breakthrough Therapy designation came after the June 2020 publication of positive data from the company’s NATIVE Phase IIb trial.

“Ahead of our end of Phase IIb meeting with the FDA later this year, the Breakthrough Therapy designation for Lanifibranor is a fantastic achievement and a regulatory recognition of the significant clinical benefits Lanifibranor could provide to NASH patients as shown in our recent NATIVE Phase IIb clinical trial,” said Frédéric Cren, chairman, chief executive officer and cofounder of Inventiva. “This new status will allow us to pursue Lanifibranor’s development towards a safe and effective treatment for this devastating disease and we look forward to continue working closely with the FDA to this end.”

Lanafibranor is an orally-available small molecule that induces anti-fibrotic, anti-inflammatory and beneficial vascular and metabolic changes in the body. It does so by activating all three peroxisome proliferator-activated receptor (PPARO) isoforms. These isoforms are nuclear receptor proteins that regulate gene expression.

At this time, there are no drugs approved specifically for NASH. According to iHealthcareAnalyst, the global market for NASH could hit $37.3 billion by 2027. It affects more than 16 million people in the U.S. alone and is an area where numerous companies, including Gilead Sciences, Novo Nordisk and others, have suffered clinical disappointments in recent years. In July, GENFIT ended its development of elafibranor for NASH. And in June, Intercept Pharmaceuticals’ obeticholic acid received a Complete Response Letter (CRL) from the U.S. Food and Drug Administration (FDA) for NASH.

There are almost 200 experimental therapeutics in the pipeline for NASH. Current treatments include lifestyle changes such as diet, weight loss and exercise. If untreated, NASH can lead to end-stage liver disease, liver cancer and liver transplantation.

J&J to contribute up to $5 billion to potential U.S. opioid settlement
Scroll to top