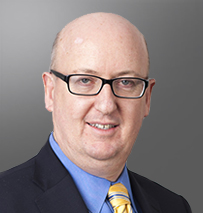 The IQVIA Institute for Human Data Science is releasing its 2019 “Global Oncology Trends” report simultaneously with the American Society of Clinical Oncology (ASCO) Meeting. The report is being released on May 30 and Murray Aitken, executive director of the Institute and senior vice president of IQVIA, will be presenting at ASCO on Friday, May 31 at 9:30 am on the topic of, “(Re)Defining Value in Cancer Care: Priorities for Patients, Providers, and Healthsystems and an Update on Oncology Price Trends.”

Aitken took time out to speak with BioSpace about the report ahead of publication. The full title of the report is, “Global Oncology Trends 2019: Therapeutics, Clinical Development and Health System Implications.”

Aitken notes, “We talk a lot in the report about the progress from the therapeutics perspective in terms of bringing innovation through clinical development and the regulatory process, and into the marketplace, making it to patients. We profiled 15 therapies launched in 2018, some of the clinical benefits those drugs mentioned and the large number of different indications they have on their label. We also pay attention to the rapid increase of immunotherapies, and they are increasingly being used in first-line therapy, a very quick transformation in terms of treatment and pathways and protocols in the arrival of immunotherapies.”

In fact, the report is jam-packed with information, including those 15 new oncology drugs for 17 tumor types. They noted that the 57 oncology drugs launched between 2014 and 2018 have now picked up 89 indications across 23 different cancer types, with 31% being for non-solid cancers, with lung cancer leading solid tumors with 12 indications.

“We talk about clinical development and all the activities taken by the more than 700 companies involved in oncology drugs,” Aitken says, “and explain the growth and the number of drugs in late-stage and early-stage development. We’re tracking more than 450 drugs with 60 different mechanisms of action.”

The report also looks at the implications of the high prices of new oncology drugs and its impact on overall healthcare spending. “We’re reporting a 12.9% increase globally in spending on all medications used in cancer patients,” Aitken told BioSpace. “That means $115 billion in 2018, the fifth consecutive year of double-digit growth. And if we divide it between therapeutic drugs and supportive care drugs, the therapeutic drugs grew 15.9%, a rapid increase.”

But the issues, the report found, aren’t strictly limited to price. Aitken notes that “if you actually look at the median price in the U.S. market at time of launch, it was actually down in 2018 from 2018—it was $149,000 annual cost of treatment with the drug, down $13,000 from the prior year. But I wouldn’t read too much into the up or down, the trend is upward. But in 2018 it wasn’t any higher than the prior year. It’s more the number of new drugs coming out and the volume.”

For example, the report finds that the number of patients being treated by checkpoint inhibitors, the anti-PD-1 drugs, has gone from 2,000 patients in the U.S. to 200,000 in the space of two years. “Some of that,” Aitken says, “is displacing other expensive therapies, but it’s also a driver of incremental cost.”

As IQVIA gathered its data and performed its analysis, it identified eight key trends that are driving change in oncology clinical development. They are digital health technologies, increased focus on PROs (patient-reported outcomes), real-world data, predictive analytics and AI, shifts in drug types, increased availability and ease of biomarker testing; availability of pools of pre-screened patients and direct-to-patient recruitment, and changes in the regulatory landscape.

Aitken notes that “They’re not special to oncology, but the way they’re applied is different. Each of these eight areas are places where things are going on, things are changing, and there’s an opportunity to harness these forces and apply them in a way that will help improve the productivity of clinical development.”

Aitken also says that in IQVIA’s modeling, the two biggest trends likely to make the biggest difference in productivity over the next five years is the availability of pre-screened patients and the availability of biomarkers and biomarker tests. He says that they found that 39% of oncology trials now include a “biomarker in the protocol to stratify patients who are likely to be susceptible to a positive response to the drug. And that percentage keeps getting bigger each year.”

Another important area the report looks at is patient access. IQVIA takes a global view of this. One of the things they evaluated was that the availability of oncology drugs outside of the U.S. over the last five years and where they were available worldwide in 2018. “Once you get beyond about nine countries,” Aitken says, “you find that half of the new drugs launched in the last five years aren’t available—and most of the world lives in one of those other countries, so there’s a barrier to patients in those countries being able to access the most recently launched drugs.”

A related issue in terms of access is the availability of the biomarker tests. “Not all patients are being tested,” Aitken notes, “and the tests are not always available or not covered or not fully validated and sometimes the interpretation of the test results is not so clear. That can be a significant barrier to the right drugs being used with the right patients.”

And the third issue related to access is reimbursement. “That manifests itself in different ways in Europe. They have health technology assessments that weigh in on whether a new drug is cost-effective and should be covered under public insurance schemes. Using three companies as examples, our report found that it seems like fewer of the new drugs are getting a positive recommendation under that assessment. And if they don’t get that, it’s less likely to be covered by insurance and less likely the patient will receive it.”

The report also looks at access limitations being caused by infrastructure. Many of the new therapies, such as CAR-T, require special handling and special infrastructure. And that infrastructure, Aitken says, “is not insignificant and even in the U.S. we still have limited treatment centers that have the ability to collect the T-cells and process them and get them reinfused in the patients.”

The report provides an in-depth look at the oncology market and many of the challenges it is facing as well as creating for the health care industry. “Our point in the report,” Aiken says, “is the science is advancing rapidly toward these kinds of advanced therapeutics, and we continue to have a large number of new drugs coming out of the pipeline. These issues are only going to get worse unless the rest of the health system and about five of these biggest companies invest and focus on what they need to be doing to bring the clinical benefits to patients.”