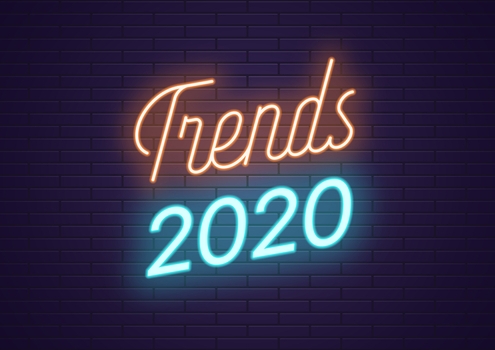 As the JP Morgan Healthcare Conference enters its final day for 2020, a few topics have risen to the top as trending. One, of course, has been the relative lack of big deals. At least one analyst, Joseph Schimmer with Evercore ISI, believes its related to it being an election year. In a note to clients prior to JPM he noted that January is typically the busiest month for M&A in biotech, but the last big slow year was January 2016.

Here’s a look at a few other trends.

A recent report released to coincide with JPM by consulting firm EY noted that 2019 did not have a lot of deals around digital technologies, with most drug companies instead of choosing partnerships instead of acquisitions to bolster their data analysis and artificial intelligence capabilities. Of note were partnerships between Novartis and Microsoft and Gilead and Glympse Bio.

Apparently, one of the themes of this year’s JPM is confusion over exactly what digital health is and how that confusion might be hurting the sector.

The Digital Therapeutics Alliance defines digital health as describing “all technologies that engage patients for health-related purposes; as such, it encompasses a wide range of products used across the wellness and healthcare industries.”

Digital therapeutics, on the other hand, is “distinguished from other digital health categories through their primary function of delivering software-generated therapeutic interventions directly to patients to prevent, manage, or treat a medical disorder or disease.”

Does that help? Probably not. Because it also gets mixed into biopharma companies leveraging things like artificial intelligence and machine learning in drug development and clinical trial design. James Madara, chief executive officer of the American Medical Association, called for better curation of the various health and wellness apps so physicians would have a better idea of what to recommend to their patients.

It’s not exactly new that biopharma companies, as mentioned above, are fascinated with AI and machine learning. For example, on January 7, 2020, Pear Therapeutics, entered into deals with multiple technology innovators, including Firsthand Technology, researchers from the Karolinska Institute in Sweden, Cincinnati Children’s Hospital Medical Center, Winterlight Labs, and NeuroLex Laboratories. They will leverage Pear’s Prescription Digital Therapeutics (PDTs) by adding to its library of digital biomarkers, machine learning algorithms, and digital therapeutics.

Google’s relationship with the Ascension health system was of interest. The two organizations struck a deal that allows the hospital to share protected health data with Google so long as the information is only used to treat patients. This raised more than a few concerns about privacy.

Microsoft’s Peter Lee, corporate vice president of health, told CNBC that the company is developing relationships with the medical industry, including deals with Novartis, Humana and others. He also indicated Microsoft understands the public’s issues with privacy over medical information.

It’s no surprise that drug pricing was a hot topic at JPM. At the beginning of the meeting, Cambridge, Mass.-based EQRx launched with a focus on making drugs more affordable for patients. It made a splash with $200 million in financing. The company plans to provide a market-based solution for the drugs it develops. Its hope is to get 10 new drugs approved this decade.

This was generally viewed as a harbinger of industry concerns over what the government might do about drug pricing, particularly in an election year. Although Gilead, Biogen, GlaxoSmithKline, Pfizer and other companies have increased their drug prices this month, other companies appear to be setting up internal price controls as a way of staying ahead of the game—or at least offer it up as some form of marketing.

It was noted at the conference that the attendees to the conference tend to be white, male and, in a tweet by Michael Gilman, chief executive officer at Arrakis Therapeutics, “in Patagonia vests.”

Although the taste in fashion is a separate issue, the lack of diversity in biopharma is pretty well known. African Americans make up a disproportionately low percentage of leadership positions in the industry, as demonstrated by several recent studies, including a 2017 study by MassBio. A 2017 study by Nature Biotechnology found that African Americans made up 13% of the population but held only 3% of executive positions at biotech firms.

In 2016, the Biotechnology Innovation Organization (BIO) launched a diversity campaign to increase the involvement of women and people of color and other minorities into the field. There’s still a lot of work to be done.