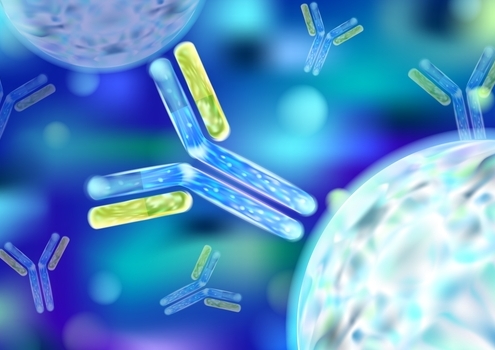 Clinical-stage biopharma company F-star Therapeutics announced a new partnership with Janssen Biotech on Wednesday, only one month after presenting an optimistic trial-in-progress update to the public on its tetravalent dual T-cell agonist FS120 at the European Society for Medical Oncology 2021 Conference.

The license and collaboration agreement allows Janssen to use F-star’s proprietary technology in the research, development and commercialization of novel bispecific antibodies in the hopes that they can use these custom-designed antibodies as part of their immuno-oncology research.

F-star will be in entitled to $17.5 million in upfront and near-term fees, with room for additional milestones totaling $1.35 billion, as well as royalties on the annual net sales of any product using their technology. On top of that, they also saw a 9% increase in share value during premarket trading after the announcement.

With its parent office in Cambridge, U.K., and U.S. branch operating out of Cambridge, Massachusetts, F-star specializes in the modification of natural human antibodies and their development into tetravalent bispecific antibodies.

This is achieved by making substitutions in the Fc region of an immunoglobin antibody to create two additional antigen binding sites. Normally, these antibodies have three regions but only two binding sites, each of which is identical, such that one antibody can only recognize one type of antigen. The expansion allows for the recognition of a second type of antigen, or bispecificity. However, F-star’s technology can also be used to create tri-specific antibodies and fusion proteins.

The technology behind these uniquely flexible antibodies allows them to be designed for custom immune activation, with the anticipation that they could be tailored to specific cancers and used to provoke a natural immune response. This makes them an encouraging prospect for the immuno-oncological treatments that Janssen is hoping to develop.

“We are pleased to collaborate with Janssen and leverage the science of F-star’s proprietary tetravalent bispecific technology. Beyond our proprietary pipeline, we believe there is broad potential for our mAb2 platform to produce multiple next-generation bispecific antibody therapeutics,” said F-star Chief Scientific Officer Neil Brewis, Ph.D.

Johnson & Johnson’s Janssen conducts research and development programs across several subfields of medicine, such as immunology, oncology and neuroscience. The new license agreement with F-star is part of the company’s ongoing cancer interception research efforts.

At present, Janssen has not revealed exactly what antigens it plans to target using F-star’s receptor substitution technology. However, the company’s dedication to immuno-oncology research has driven it to pursue additional license agreements, such as the one formed with Denmark’s Genmab A/S to develop a therapy using monoclonal antibodies, as well as explore several other potential targeted therapies for cancer treatment, including chimeric antigen receptor-T cell (CAR-T) therapy and T-cell redirection.