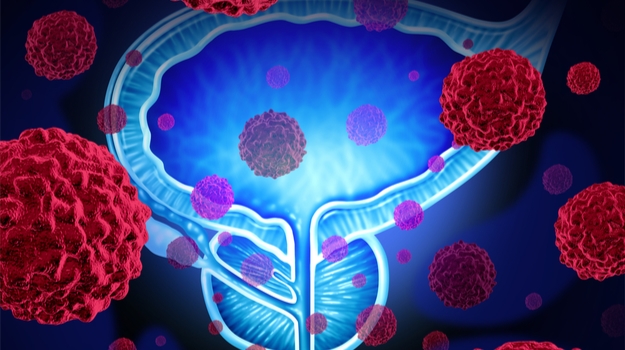 The U.S. Food and Drug Administration (FDA) gave the green light to Janssen Pharmaceutical of Johnson & Johnson for its Erleada (apalutamide) for a new indication. The approval is for the company’s supplemental New Drug Application (sNDA) for Erleada for metastatic castration-sensitive prostate cancer (mCSPC).

The approval for this indication was based on the TITAN study, which showed that Erleada plus ADT significantly extended overall survival (OS) compared to placebo plus ADT, obtaining a 33% decrease in the risk of death. It also significant improved radiographic progression-free survival (rPFS) compared to the control group with a 52% lower risk of radiographic progression or death.

“Prostate cancer is more difficult to treat once it spreads, and for patients with castration-sensitive disease, it is clear that androgen deprivation therapy (ADT) alone, is often not enough,” said Kim Chi, medical oncologist at BC Cancer – Vancouver, and principal investigator of the TITAN study.

He added, “Results from the TITAN study showed that, regardless of the extent of disease, patients with metastatic castration-sensitive prostate cancer have the potential to benefit from treatment with apalutamide in addition to ADT.”

The TITAN study is a Phase III trial that included 1,052 patients in 23 countries across 260 sites in North America, Latin America, South America, Europe, and Asia Pacific. The patients with mCSPC were randomized 1:1 and received either Erleada (240 mg) plus ADT or placebo plus ADT. The patients were recruited from December 2015 to July 2017 and included mCSPC patients with both low- and high-volume disease, as well as men who were newly diagnosed or who had received previous definitive local therapy or prior treatment with up to six cycles of docetaxel for mCSPC.

“Erleada has the potential to change how patients with prostate cancer are treated, regardless of the extent of the disease or prior docetaxel treatment history, by delaying disease progression and prolonging survival,” said Margaret Yu, vice president, Prostate Cancer Disease Area Leader, Janssen Research & Development. “This milestone highlights Janssen’s commitment to improve the standard of care for patients with prostate cancer as we continue to develop innovative treatments across the disease continuum.”

Castration-native refers to patients who are not on ADT at the time of progression. According to the NCCN Prostate Cancer Panel, the terminology is used even when patients have had neoadjuvant, concurrent, or adjuvant ADT as part of radiation therapy as long as the patients have recovered testicular function.

The approval was made through the FDA Real-Time Oncology Review program. This pilot program is exploring a more efficient review process while still maintaining and improving review quality. Various NDAs and sBLAs are chosen from each clinical division to evaluate the feasibility of the process. Those chosen typically are likely to show substantial improvements over available therapy, have straightforward study designs, and easily interpreted endpoints.