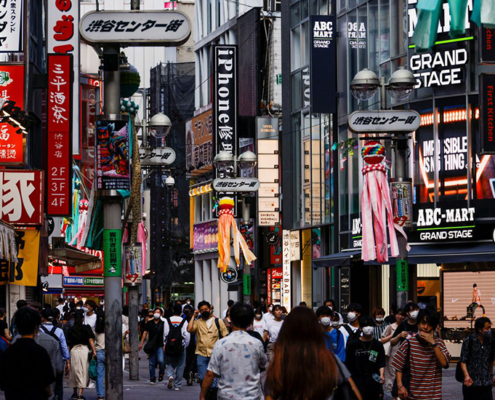 TOKYO, Sept 27 (Reuters) – Japan’s population level immunity to COVID-19 has reached about 90% in major population areas after a recent Omicron wave, though that level of protection is likely to diminish in a matter of months, according to a study published on Tuesday.

That level of so-called “herd immunity” reflects partial protection imparted from both natural infection and vaccination, according to the Tokyo Foundation of Policy Research, which estimated the levels for 12 of Japan’s most-populated prefectures.

People in Tokyo, Osaka and the southern prefecture of Okinawa got most of their immunity through contagion amid high case counts in those areas, particularly during a seventh wave of infections that peaked last month, the researchers found.

About 65% of Japan’s population have received at least one COVID vaccine booster shot, compared to about 33% in the United States, based on government data.

Japan currently requires a five-month interval for booster shots, though that may be too long to offer protection to elderly and vulnerable groups should a projected eighth wave emerge toward the end of the year, the researchers wrote. Italy to end ban on health workers not vaccinated against Covid