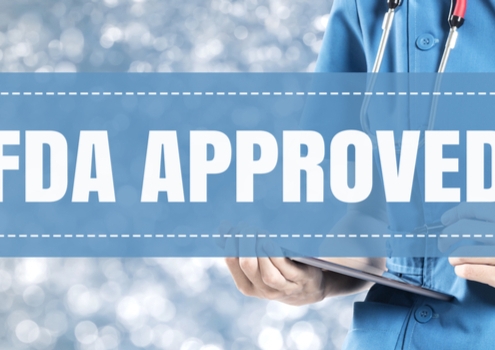 Jazz Pharma Gets Approval for Zepzelca in the U.S. for Aggressive Lung Cancer

The U.S. Food and Drug Administration (FDA) approved Jazz Pharmaceuticals and its partner PharmaMar’s Zepzelca (lurbinectedin) for adults with metastatic small cell lung cancer (SCLC) whose disease has progressed on or after platinum-based chemotherapy. The drug was approved under accelerated approval based on overall response rate (ORR) and duration of response. A confirmatory trial will be conducted to assure continued approval.

The approval was based on monotherapy clinical data from a trial in 105 adults with SCLC whose disease progressed after platinum-based chemotherapy. The data was published in The Lancet Oncology in May 2020, and demonstrated that patients receiving Zepzelca had an ORR of 35% and a median duration of response of 5.3 months as measured by an investigator assessment and by an independent review committee (IRC).

“Small cell lung cancer is a disease with limited treatment options, and the approval of Zepzelca represents an important advance for patients whose metastatic SCLC has progressed on or after platinum-based therapy,” said Bruce Cozadd, chairman and chief executive officer of Jazz.

Cozadd added, “While patients may initially respond to traditional chemotherapy, they often experience an aggressive recurrence that is historically resistant to treatment. Jazz congratulates PharmaMar on the successful development of Zepzelca and we are proud to partner with them to bring this new therapy to the U.S. market, expanding our presence in oncology.”

PharmaMar is headquartered in Madrid, Spain. The two companies entered into an exclusive license deal in December 2019, which became effective in January 2020. It granted Jazz U.S. commercialization rights to lurbinectedin. Jazz paid PharmaMar $200 million upfront for U.S. rights as well as $250 million in milestones related to drug approvals and up to another $550 million for commercialization milestones, in addition to royalties.

Jazz indicates the drug will be available in the U.S. starting in July. It is administered by intravenous infusion and can be dosed in an outpatient clinic. Its dosing schedule is a single infusion every 21 days.

The Phase II trial evaluated 105 SCLC patients at 26 hospitals in six European countries and the U.S.

Lung cancer is one of the leading causes of cancer death in the U.S. SCLC is closely linked to tobacco smoking and accounts for up to 10% to 15% of all lung cancers, according to the American Cancer Society. Although less common than non-small cell lung cancer, it is significantly more aggressive. There are about 30,000 new SCLC cancer diagnoses annually in the U.S.

Common side effects of the drug include low white and red blood cell counts, liver issues, tiredness, increased blood sugar, nausea, appetite loss, muscle and joint pain, low albumin blood levels, constipation, breathing problems, low sodium and magnesium levels, vomiting, cough, and diarrhea. During the trial, about 1.9% of patients discontinued related to adverse events and delayed in 30.5%. In 25% of patients in the study, side effects required a reduction in the dose.

In 2019, Jazz’s cancer and hematology portfolio recorded $472 million; it is far better known for its sleep and neuroscience-related therapies, which brought in $1.6 billion last year. The cancer drugs it markets are leukemia treatments, with the most recent being Vyxeos, a chemotherapy combination of cytarabine and daunorubicin. The company is projecting cancer and hematology sales of $510 million.

“We are pleased to bring a new treatment choice to relapsed SCLC patients,” said Jose Maria Fernandez Sousa-Faro, president of PharmaMar. “The U.S. FDA accelerated approval of Zepzelca underscores its potential to fill an unmet need in this often-overlooked SCLC community.”

Steroid drug hailed as ‘breakthrough’ in COVID-19
Scroll to top