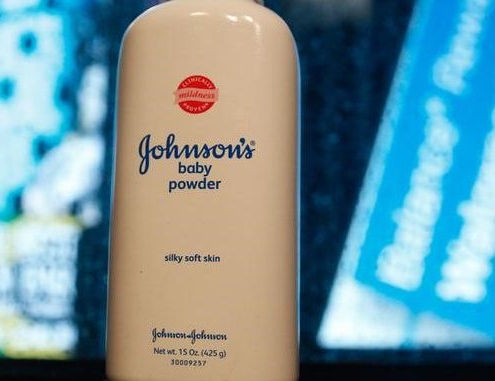 (Reuters) – Johnson & Johnson on Thursday accused attorneys for people who have sued the pharmaceutical giant over its talc products of sharing confidential documents with Reuters in what it called a “calculated effort” to try its subsidiary’s bankruptcy case in the press.

In a letter filed with the U.S. Bankruptcy Court in New Jersey, attorneys for J&J and LTL Management LLC, a bankrupt subsidiary that the company set up to hold its talc liabilities, claimed that lawyers for two committees representing plaintiffs shared at least two confidential documents with the news organization.

Lawyers for the plaintiffs’ committees engaged in a “calculated effort” to “try this case in the press rather than in the court,” LTL attorney Gregory Gordon said in a court hearing shortly after the letter was filed.

“Counsel for the committees, apparently, are feeding documents to the press. And we’re specifically aware it’s being done with Reuters,” Gordon said.

The J&J lawyers said the documents it said were leaked were subject to a protective order issued by U.S. Bankruptcy Judge Michael Kaplan.

The letter asks Reuters to return the documents it said were leaked and to refrain from disclosing any confidential information they contain. J&J’s lawyers said that if Reuters declined, they would consider petitioning the court to compel the news organization to do so.

A Reuters spokesperson called the claims without merit.

“We reject the factually-unfounded and legally-meritless claims made by J&J’s lawyers and will continue to report without fear or favor on matters of public interest,” the spokesperson said in a statement on Thursday.

At the hearing, a lawyer for one of the plaintiffs’ committees objected to what he called “improper accusations.” The lawyer, David Molton, said “Mr. Gordon should know better.” A spokesperson for one of the committees did not have an immediate comment.

J&J (JNJ.N) maintains that its consumer talc products are safe and have been confirmed to be asbestos-free. The company has said it placed LTL into bankruptcy to settle those claims rather than litigating them individually. It has said resolving these claims through Chapter 11 is a legitimate use of the restructuring process.

The talc committees argue that J&J should not be permitted to use bankruptcy to address the talc litigation and that by doing so, it is depriving plaintiffs their day in court.

Kaplan is set to hear arguments on the committees’ motion to dismiss the LTL bankruptcy on Feb. 14.

Also at Thursday’s hearing, Kaplan granted a request by groups of law professors to file so-called “friend of the court” briefs in support of the motion to dismiss. One of the groups of professors said using a bankrupt unit to get rid of talc liabilities when it is in strong financial health itself is a “direct attack on the fundamental integrity of Chapter 11.”

A 2018 Reuters investigation found J&J knew for decades that asbestos, a known carcinogen, lurked in its Baby Powder and other cosmetic talc products. The company stopped selling Baby Powder in the United States and Canada in May 2020, in part due to what it called “misinformation” and “unfounded allegations” about the talc-based product.